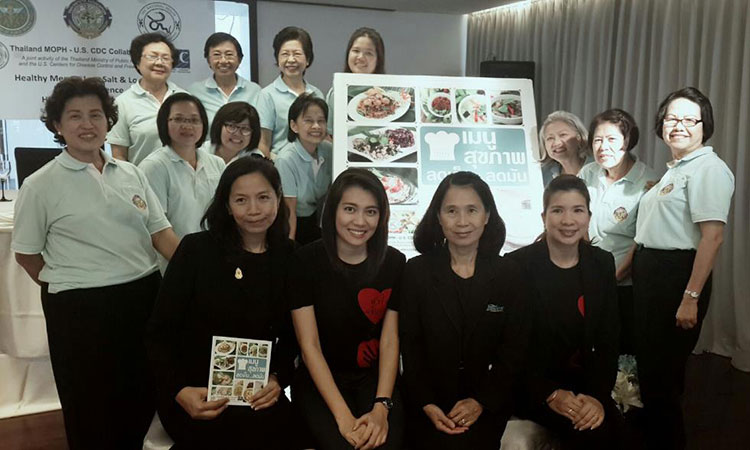 World Heart Day is celebrated on September 29 every year. The world’s most common cause of death is cardiovascular diseases (CVDs) – diseases of the heart or blood vessels, commonly referred to as heart disease or stroke. In Thailand, CVDs accounts for 29% of total deaths making it the number cause of death in the country.

To support governments worldwide in strengthening countries’ efforts on combating CVDs, the U.S. Centers for Disease Control and Prevention (CDC) and the World Health Organization (WHO) are launching Global Hearts Initiative which provides evidence-based measures in community setting and patient-centered care that has expected outcomes of CVDs reduction overtime.

CDC and WHO have been collaborating with the Thai Ministry of Public Health (MOPH) to implement a project on prevention and control of CVDs in Thailand. HEARTS Technical Package, part of the Global Hearts Initiative, is being piloted across the world. The package will be officially launched on September 29, 2017 as part of the World Heart Day celebrations. CDC, WHO, and MOPH will work closely together to implement and scale up the interventions to reduce blood pressure, and prevent heart attacks and strokes. It is hoped that the implementation of Global Hearts Initiative in Thailand will help save millions of lives through proven measures to prevent CVDs in the country.