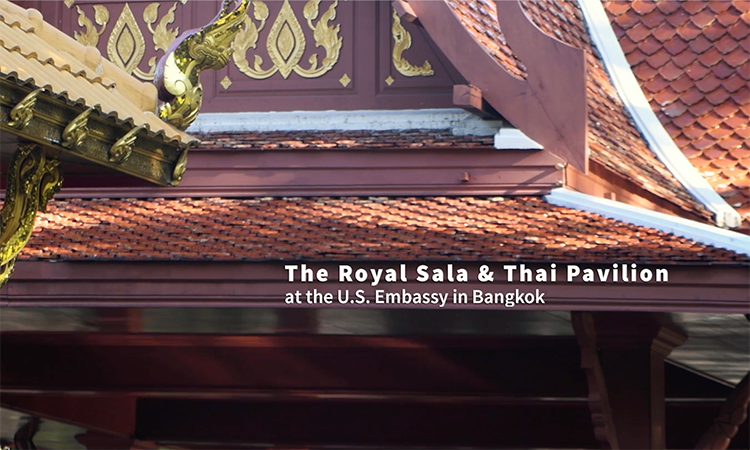 While the U.S. Embassy in Bangkok is constructing a new office building, we’re also preserving important existing structures. The Royal Sala and Sala Thai, constructed in 1988 to commemorate His Majesty King Bhumibol Adulyadej The Great’s 60th birthday, will remain a prominent feature of our new compound.

The Royal Sala and Sala Thai are dedicated to the King and Royal family to symbolize respect for and appreciation of the monarchy. The short film below showcases the significance of The Royal Sala and Sala Thai and highlights the strong relationship between the U.S. and Bangkok through cultural diplomacy. It also demonstrates the United States’ respect for Thai culture, shows appreciation for our Thai colleagues, and reinforces the protection of cultural practices, rituals, traditions, and other forms of intangible heritage valued by host nations and communities abroad.

Today, February 3, marks the 10th anniversary of the visit of Her Royal Highness Princess Maha Chakri Sirindhorn to the U.S. Embassy Bangkok to preside over the rededication ceremony of the Royal Sala in 2012. This was in celebration of the auspicious occasion of His Majesty King Bhumibol Adulyadej the Great’s 84th birthday on December 5, 2011.