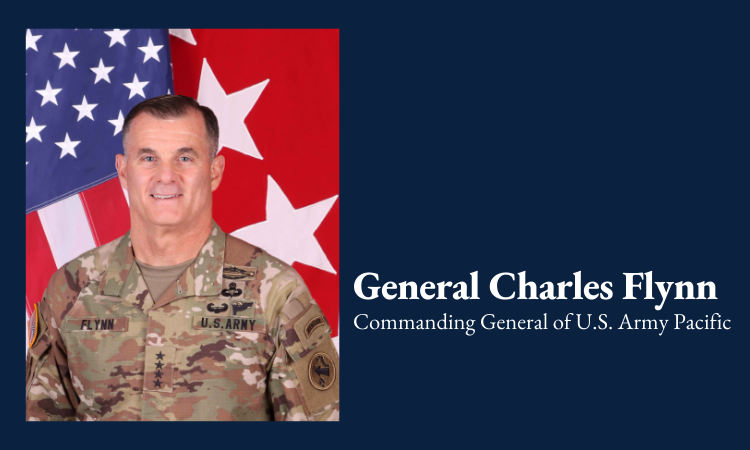 General Charles Flynn, Commanding General of U.S. Army Pacific, will visit Thailand to meet with counterparts from the Royal Thai Army on 23 – 25 March. While in Thailand, he will participate in the Closing Ceremony for Hanuman Guardian, an annual bilateral exercise between the Royal Thai Army and U.S. Army Pacific, and visit the sites of several significant cooperative activities between the U.S. and Thai militaries. This will be General Flynn’s first visit to Thailand as the Commanding General of U.S. Army Pacific, and he brings a special connection to Thailand through a long history of engagements dating back to his first visit in 1997 as a Major participating in Cobra Gold. This visit, including stops in other partner nations in Southeast Asia, is part of ongoing engagements to further shared security objectives, increase the complexity of military exercises, support Thailand’s military modernization, and advance a Free and Open Indo-Pacific.