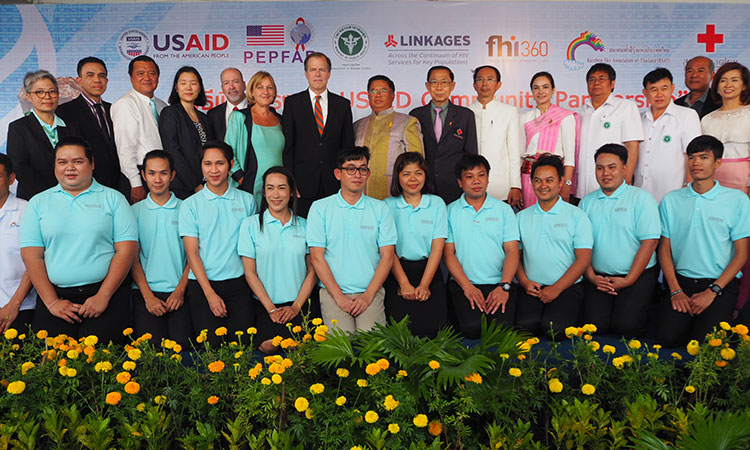 The USAID Community Partnership Project, in collaboration with Thailand’s health authorities, will develop a technical assistance training platform that will triple the number of community health centers throughout Thailand able to reach those at highest risk of HIV infection. A central component of the training is to ensure that community providers deliver client-centered prevention and care services without stigma and discrimination.

“With this project, Thailand will expand health services delivered by community members to reduce HIV infections. This activity has the potential to become a global model,” said U.S. Ambassador to Thailand Glyn T. Davies, who joined Governor Sarit Witoon of Ubon Rachathani (Ubon) at today’s ceremony. “Thailand continues to be a leader in Asia in HIV programming, in large part due to its strong partnerships between government and civil society.”

Ubon is a major city in northeast Thailand located on the Mun River. As a major trans-boundary hub, it borders Salavan and Champasak Provinces of Lao PDR, and Preah Vihear Province of Cambodia and has a population of over 1.8 million people. As of 2016, over 7,000 people in Ubon were diagnosed with HIV, with 520 new cases reported in the same year. In support of the National HIV and AIDS Strategy, the Royal Thai Government has identified Ubon as an important city in curbing the spread of HIV. Under the auspices of the Royal Thai Government, USAID Community Partnership will work closely with local community health centers to ensure the availability of and access to critical life-saving HIV services.