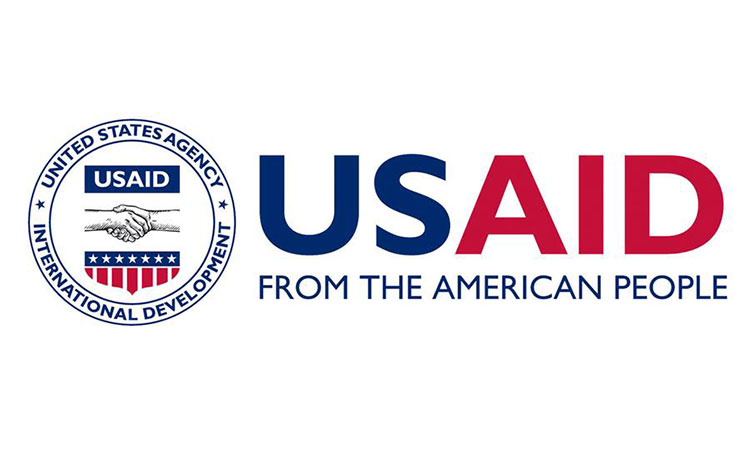 Bangkok, September 19, 2022  – The United States Agency for International Development (USAID), Thailand’s Department of National Parks, Wildlife and Plant Conservation (DNP) and WildAid launched the “Only Elephants Wear Ivory Best” campaign to reduce the use and purchase of jewelry and accessories made from elephant ivory among women. The campaign features Cindy Sirinya Bishop, a Thai actress and supermodel, and Master Tossaporn Sritula (Master Chang), a renowned Thai astrology and feng shui expert, as wildlife demand reduction champions.

“We found it very encouraging that the Beautiful without Ivory campaign was remarkably successful in changing attitudes of the target groups in just a short time. We hope that ‘Only Elephants Wear Ivory Best’ will continue this trend. The U.S. government remains committed to our productive partnership with the Thailand’s Department of National Parks, Wildlife and Plant Conservation —to end the illegal wildlife trade and protect our environmental and human health through reducing the demand for illegal wildlife products,” said Dr. Suphasuk Pradubsuk, Program Development Specialist, Regional Environment Office, USAID Regional Development Mission for Asia.

In addition to addressing the perceived beauty of ivory among the target demographic, the campaign also aims to counter another key driver of the consumption of ivory products in Thailand – the belief that these products bring luck leading to a good life and happiness.

“Since 2018, The Department of National Parks, Wildlife and Plant Conservation (DNP) has worked closely with USAID and WildAid to help reduce the demand for illegal elephant ivory products. Reducing demand for illegal wildlife product is one amongst the other strategies to halt illegal trade that aligns with the guidance of the Convention on International Trade in Endangered Species of Wild Fauna and Flora (CITES). We truly believe that by putting an effort on law enforcement together with positive demand reduction campaigns like ‘Only Elephants Wear Ivory Best’, we can create new value in society to halt the use of wildlife products, which will contribute significantly to the prevention of illegal trade in ivory” said Mr. Rutchada Suriyakul Na Ayutya, Director General of the DNP.

The campaign’s launch featured a virtual fireside chat among the two campaign influencers, USAID, and the DNP, where they engaged in a lively conversation about the situation of wildlife trade today and how the consumer attitudes and behaviors need to evolve so that the use of wildlife products becomes totally unacceptable. The virtual launch is available for viewing on WildAid Thailand’s and the DNP’s Facebook page.

“Cindy Bishop and Master Tossaporn so eloquently expressed the message that ivory belongs only to elephants, and they wear it best. WildAid has been running campaigns to reduce the demand for elephant ivory in Thailand since 2016. With help from such influential voices, government agencies, and media partners, we hope to establish a new societal norm around ivory and protecting elephants. Together, we can end the demand for ivory,” said John Baker, Chief Program Officer, WildAid.

USAID, WildAid, and the DNP will disseminate the campaign’s videos and key visuals through Facebook, other social media channels, and out-of-home media placements to maximize the campaign’s reach and audience engagement.

WildAid is a non-profit organization with a mission to protect wildlife from illegal trade and other imminent threats. While most wildlife conservation groups focus on protecting animals from poaching, WildAid primarily works to reduce global consumption of wildlife products such as elephant ivory, rhino horn and shark fin. With an unrivaled portfolio of celebrity ambassadors and a global network of media partners, WildAid leverages more than $218 million in annual pro bono media support with a simple message: When the Buying Stops, the Killing Can Too. More information on WildAid can be found at www.wildaid.org or follow them on Twitter @wildaid

About Thailand’s Department of National Parks, Wildlife and Plants Conservation

The Department of National Parks, Wildlife and Plant Conservation (DNP) is a governmental organization under the Ministry of Natural Resources and Environment (MNRE), established on October 2, 2002. DNP’s missions include conservation, promotion and restoration of forest and wildlife resources in protected areas as a source of watersheds, wildlife habitats, livelihood, natural recreation, and tourism areas for the public. The DNP does so by controlling and protecting existing protected areas and recuperating deteriorated forest areas along with promoting, stimulating and raising awareness of local communities to cherish and feel encouraged to conserve local natural resources, under the vision of “By 2024, protected areas will increase to 25 percent of the country’s area”.