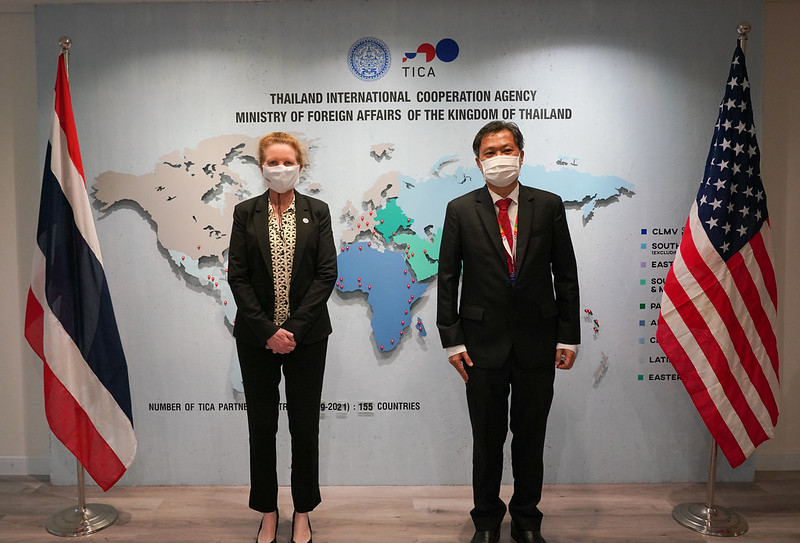 Deputy Administrator Coleman thanked the Acting Director-General for TICA’s long-standing partnership with USAID and expressed her enthusiasm for TICA and USAID’s plans to co-design and launch development programs in health, environment, and other sectors, which will be implemented in the Lower Mekong region later this year. Deputy Administrator Coleman also lauded TICA as a rising donor and leader in the region and congratulated TICA on co-hosting the Global South-South Development Expo 2022 (GSSD Expo 2022) with the United Nations Office for South-South Cooperation (UNOSSC) and the United Nations Economic and Social Commission for Asia and the Pacific (ESCAP), to be held from September 12-14, 2022, in Bangkok. She also highlighted USAID’s expanded development cooperation with TICA as an important milestone that deepens the U.S. relationship with Thailand, one of our five regional treaty allies in the Indo-Pacific region. USAID’s partnership with TICA is an example of the collective capacity the U.S. seeks to marshal through our Indo-Pacific Strategy in order to elevate locally-led, sustainable development.

Acting Director-General Gajaseni commended USAID’s continued and increasing engagement and cooperation to promote sustainable development in Thailand and the region. He reiterated TICA’s strong support to the growing development partnership with USAID, particularly through the recent formation of the TICA-USAID Trilateral Cooperation Workplan under the Strategic Partnership signed on August 10, 2021. Additionally, he conveyed TICA’s readiness to work closely with USAID to implement the TICA-USAID Strategic Partnership through trilateral projects to further accelerate sustainable economic and social development in the region, thereby contributing to the attainment of Sustainable Development Goals. Acting Director-General Gajaseni also looks forward to USAID’s participation in the GSSD Expo 2022 this September, in which USAID will showcase its decades-long contribution to the development in Thailand and around the world. 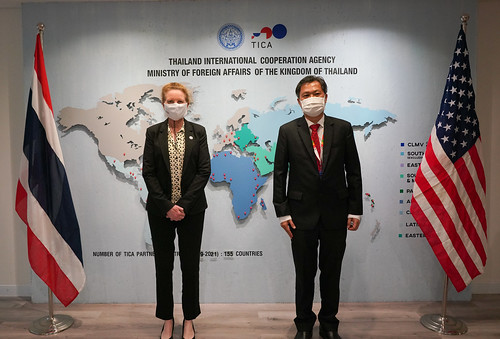