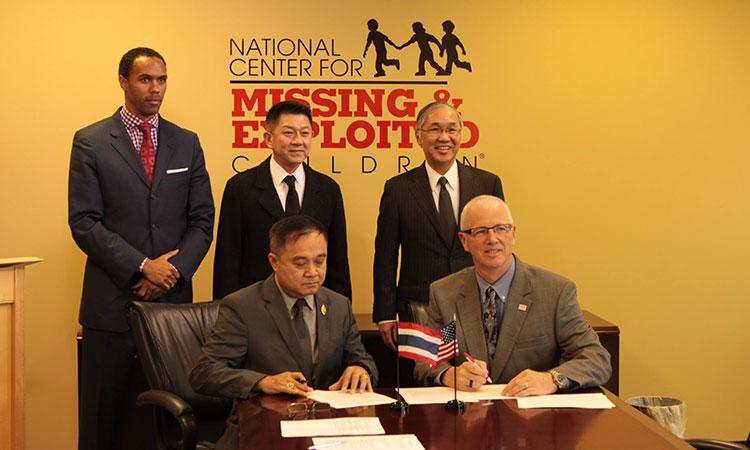 On 27 March, representatives of the U.S. National Center for Missing and Exploited Children (NCMEC) and the Royal Thai Police’s Thailand Internet Crimes Against Children (TICAC) Task Force signed an information-sharing agreement to combat child sexual exploitation. The agreement will permit Thai officials’ direct access NCMEC’s reports on cases of child sexual exploitation. While TICAC has been receiving NCMEC CyberTips via the Homeland Security Investigations office in Bangkok, receiving them directly from NCMEC will allow for an even more nimble response to emergency cases and direct access to criminal intelligence. ‎The United States and Thailand have a long history of law enforcement cooperation, including collaboration on key issues such as fighting child exploitation.