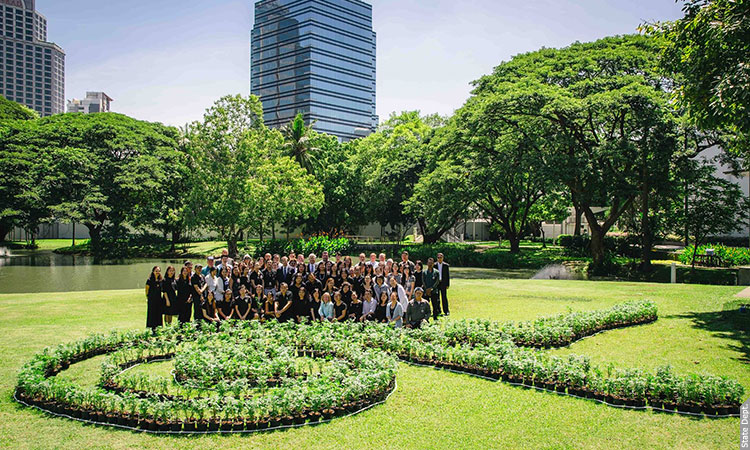 On Tuesday, September 19, Ambassador Glyn Davies, Deputy Chief of Mission Peter M. Haymond, and U.S. Embassy personnel arranged 999 marigold plants on the U.S. Embassy lawn as a tribute to HM Late King Bhumibol Adulyadej. The marigold plants will bloom into beautiful yellow flowers representing the color of Monday, the birthday of the Late King. The marigold plants are expected to bloom in time for the period of the Royal Cremation Ceremony of HM Late King Bhumibol Adulyadej, which is scheduled on October 25-29, 2017. Joining with Thais who are planting yellow flowers all across the Kingdom of Thailand, this special activity was organized by the U.S. Embassy Foreign Service National Community Committee as a symbol of loyalty to the Late King.