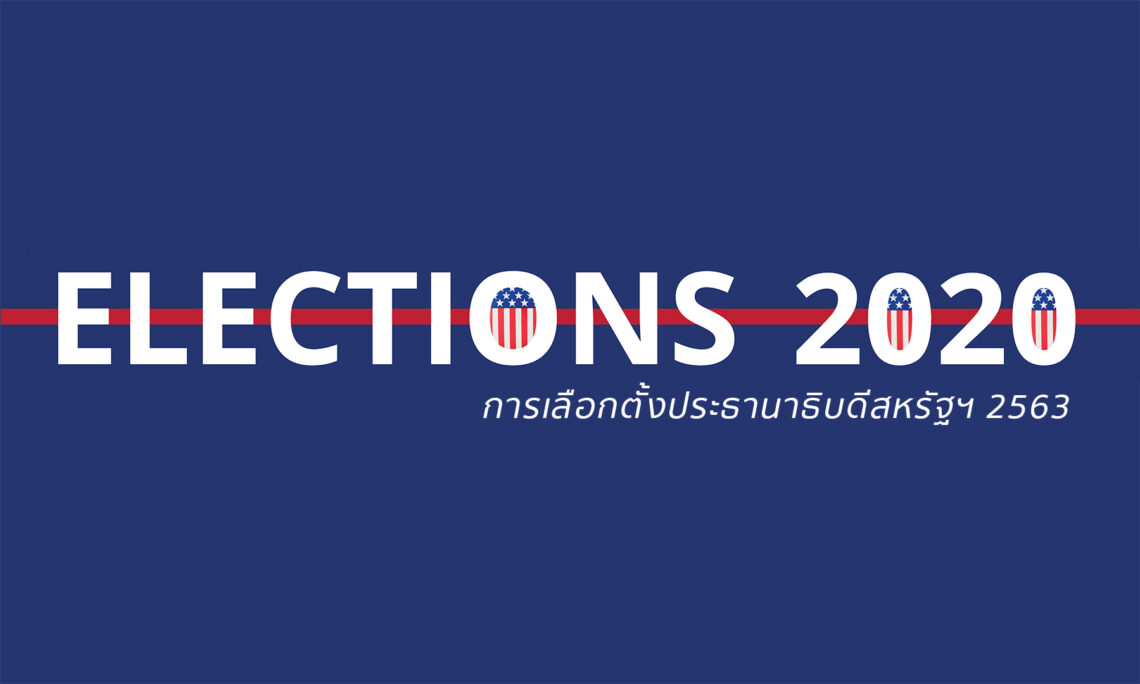 We hope to paint a picture for Thais of how the American people choose their President. It is a long process and it is also very colorful, and involves every American. Through images and articles we want to show you the people, places, and process as America prepares to go to the polls on November 3, 2020 to choose a President, 469 members of Congress, and thousands of other public officials across the country, including state governors, judges, and superintendents of schools.

The United States has been a representative democracy since the ratification of the U.S. Constitution in 1788. The process, complicated and sometimes confusing, has evolved to ensure universal suffrage to all men and women who are U.S. citizens 18 years of age or older. Free and fair elections are the keystone of any democracy. When voters elect representatives, they elect the leaders who will shape the future of their society. This is why elections empower ordinary citizens: They allow them to influence the future policies of their government, and thus, their own future.

American Citizens: How to vote from outside of the United States

The U.S. Embassy and U.S. Consulate General are here to help you exercise your right to vote and answer your voting questions. Voting from abroad is a three-step process that needs to be started early. Please see more information here.

As we are gearing up to the 2020 U.S. Presidential Election, the road to the final event can seem confusing. Here’s an easy guide to understanding the U.S. elections process and a calendar to help you keep up to date with the upcoming U.S. election events in the United States.

Start Here: Summary of the Process

A breakdown of the process to become the next United States President. Read more…

In-Depth Look Into Each Step

Primaries and Caucuses: The Differences

The election process begins with primary elections and caucuses. These are two methods that states use to select a potential presidential nominee. Read more…

Iowa, which held its Democratic and Republican caucuses February 3, is neither particularly large nor populous. And yet it plays an outsized role in selecting each major party’s presidential candidate. What is a “caucus?” And, why does Iowa vote first? Read more…

What is Super Tuesday?

Many American sports fans look forward to Super Bowl Sunday. But Americans who follow politics wait for “Super Tuesday.” What is Super Tuesday, and why is it important? Read more…

What are Swing States?

Swing States have populations that are closely divided politically. They have swung back and forth between Democratic and Republican candidates in recent years. They are the battleground states that candidates will target with campaign visits, advertising and staffing. Read more…

State political parties choose “electors” who convene after Election Day to then choose a president. Voters see the names of the candidates on the ballot, but their votes actually choose the electors who are pledged to those candidates. Read more…

For Americans who like politics, the major party conventions are like the Super Bowl; they’re really entertaining, someone wins, and you can watch them on TV. Read more…

What types of elections are there? How does the electoral college work? What are the differences between a primary and a caucus? Find out here.

Go back in time to relive some of the most iconic moments in American Presidential Elections History with our easy-to-understand guide.

Images and videos that will help explain the U.S. Election process.

A video series about the U.S. Presidential Elections process by Voice of America.

U.S. Elections in the News