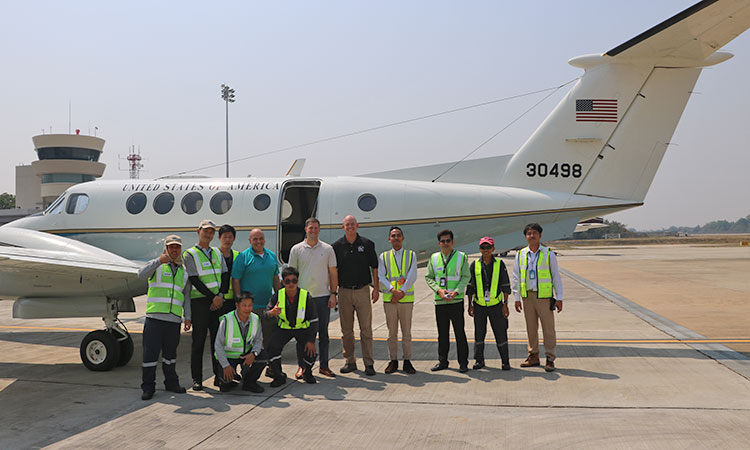 The United States is donating supplies to assist firefighters and volunteers in Chiang Mai province battling blazes that have contributed to hazardous air quality in northern Thailand.

On March 29, the U.S. Consulate General in Chiang Mai contributed an initial tranche of equipment and materials supplied by the Joint U.S. Military Advisory Group Thailand (JUSMAGTHAI) to national park and fire station personnel.  During the week of April 1, a U.S. military assessment team, with the support of provincial officials, traveled to affected areas in Chiang Mai province to look at the situation on the ground and to identify additional relief supply needs for squads currently fighting the fires in the region. After meeting with the Department of National Parks and Wildlife Conservation, the military team is preparing a second contribution of N95 facemasks, medical supplies, and other equipment with a value of approximately $15,000 to meet immediate needs.

“The U.S. Consulate General Chiang Mai is proud to contribute to the efforts of our Thai friends and colleagues as they risk their lives to fight the fires throughout northern Thailand,” said Consul General Jennifer Harhigh.  “We are in daily contact with provincial officials as they coordinate relief efforts, and we appreciate their work to reduce the impact of the fires on the air quality and the health of those living in the North.”

Information regarding the U.S. Environmental Protection Agency’s Air Quality Index for Chiang Mai is calculated based on air pollution data captured by monitors owned and maintained by the Royal Thai government. It is shared through the U.S. Embassy website: https://th.usembassy.gov/air-quality-index-aqi/ The U.S. Consulate General Chiang Mai also posts tips on our social media platforms regarding the proper use of respirators to protect oneself from the smoke and other ways to minimize exposure to hazardous PM 2.5 particles.