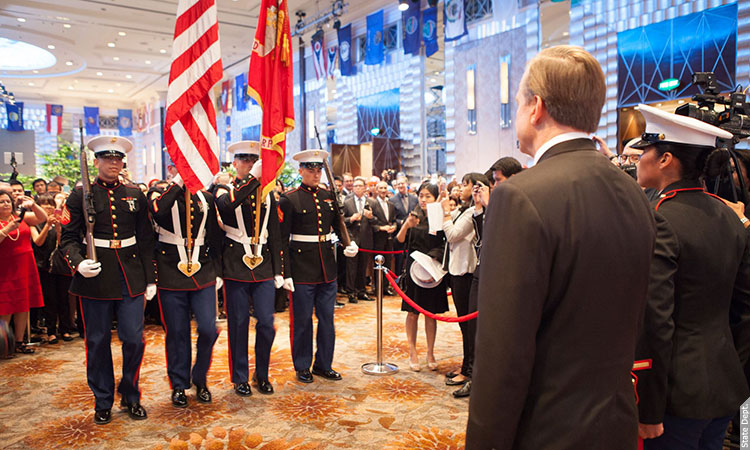 On June 29, Ambassador Glyn Davies and Embassy colleagues welcomed Thai and international friends to celebrate the 241st anniversary of the Independence of the United States of America. This year’s theme, “Music in the Park,” celebrated the sense of community and friendship that are created when people gather in a public spaces to enjoy free live music such as jazz concerts. The Ambassador held a moment of silence for one of Thailand’s greatest jazz musicians, His Late Majesty King Bhumibol Adulyadej – the only Monarch ever to be born in the United States – and praised the U.S.-Thai friendship for nearly two centuries. Encouraging people to find moments of joy and quiet in the bustle of life, the Ambassador compared Bangkok’s Lumpini Park to New York City’s Central Park, calling them a “haven of serenity and greenery in the midst of a mega-city’s energy and excitement.” Guests explored the recreated Central Park at the InterContinental Bangkok Hotel and enjoyed highlights of regional cuisine from across the United States.