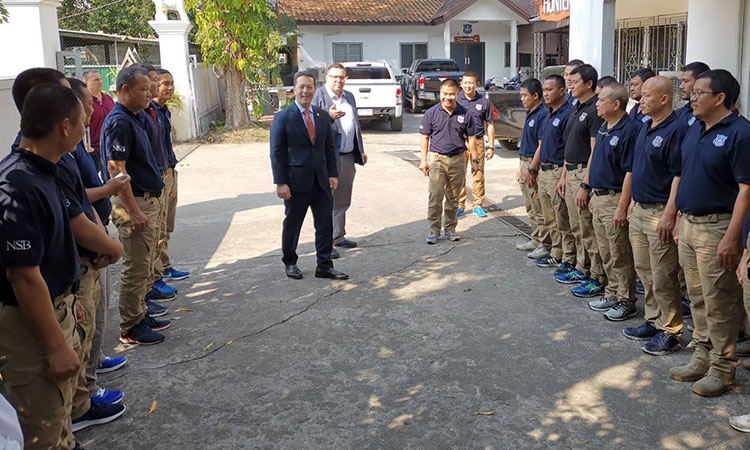 “Transnational crime affects citizens of all countries.  The United States is proud to support Thailand in its fight against drug traffickers on Thailand’s borders so we can protect our families and strengthen the national security of both Thailand and the United States.” said Consul General Sean O’Neill.  “U.S.-Thai security and law enforcement cooperation protects our families and communities in both countries.”