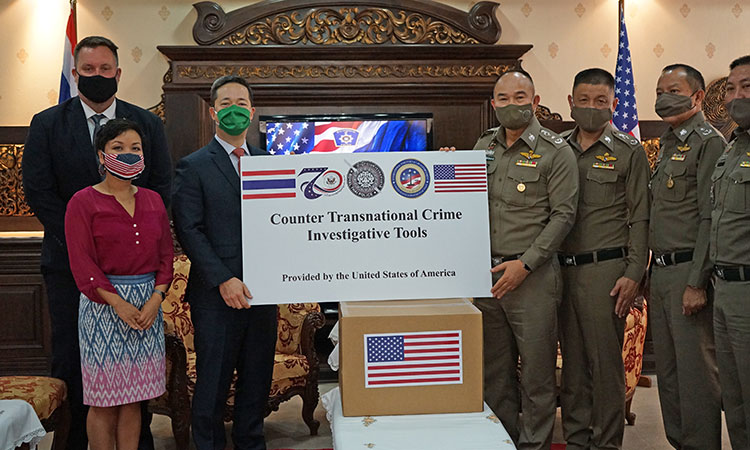 The donation was made possible by the State Department’s Bureau of International Narcotics and Law Enforcement Affairs (INL). INL has funded activities to combat trafficking in illegal drugs, terrorism, and transnational organized crime, and provided material assistance to counter-drug and law enforcement activities in Thailand for over 40 years. INL collaborates with the Royal Thai Government, other U.S. government entities, regional governments, and non-governmental organizations to develop initiatives to build capacity in the criminal justice sector in Thailand and regionally.

“The United States is proud to support Thailand in countering transnational crime and drug trafficking to better protect our families and communities.” said Consul General Sean O’Neill. “U.S.-Thai law enforcement cooperation strengthens the national security of both Thailand and the United States.”