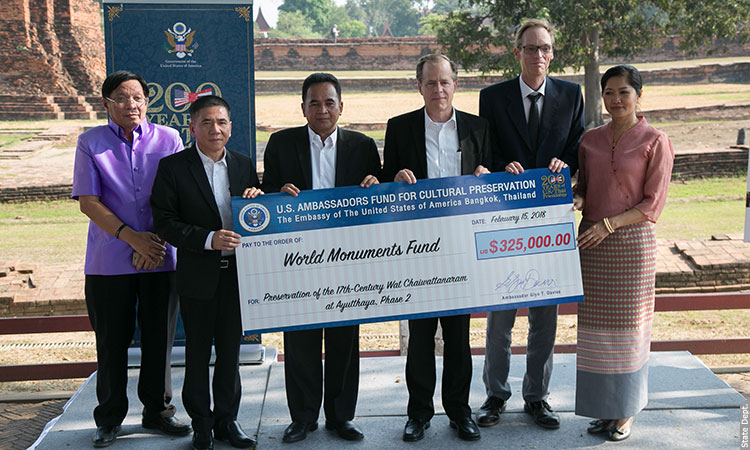 Ambassador Glyn Davies awarded a grant of $325,000 from theAmbassadors Fund for Cultural Preservation (AFCP) to The World Monuments Fund which will be used to fund Phase Two of the restoration of Wat Chaiwatthanaram in Ayutthaya. “Wat Chai is a magnificent and beautiful site. As part of the UNESCO World Heritage area in Ayutthaya, it is also an important part of Thai architectural and religious history,” said Ambassador Davies. “The Ambassadors Fund for Cultural Preservation program allows American Ambassadors to support efforts within their host countries to preserve cultural heritage that is fragile and in danger of being lost forever. Since 2001, the AFCP program has provided financial support to more than 900 cultural preservation projects in over 125 countries. This achievement, now 17 years in the making, represents a major contribution of nearly $26 million towards the preservation of cultural heritage worldwide.”