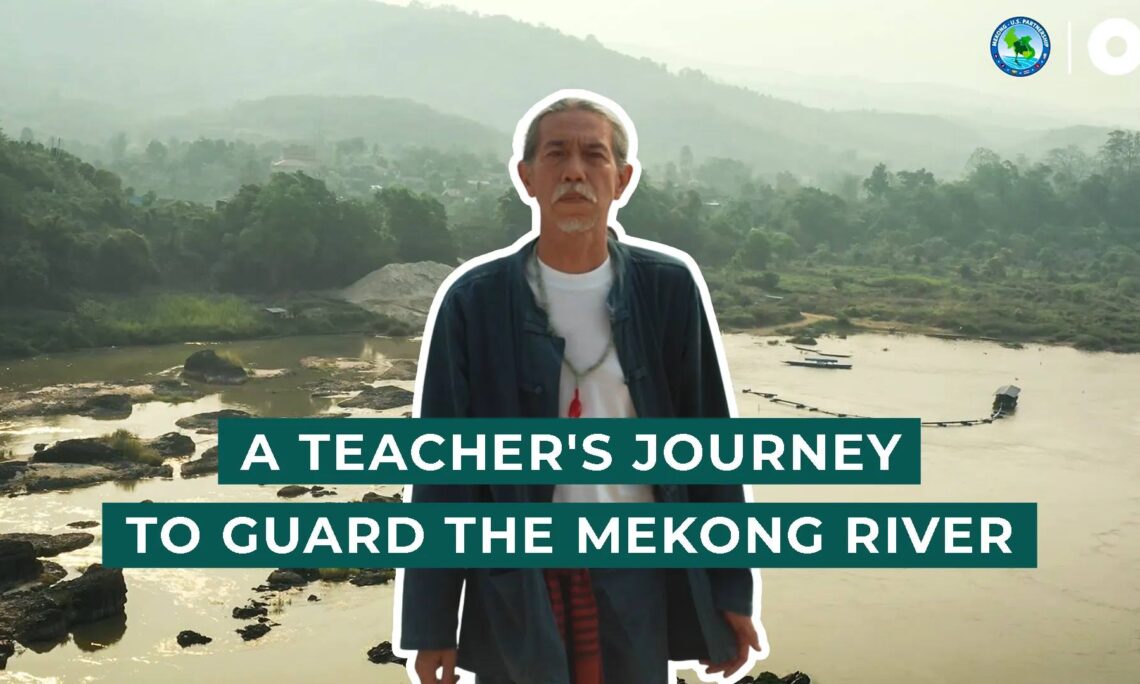 The Mekong – U.S. Partnership Heroes Series: Building a Bright Future for the Mekong

The Mekong – U.S. Partnership promotes the stability, peace, and sustainable development of the Mekong sub-region through collaboration among Cambodia, Laos, Myanmar, Thailand, and Vietnam with support from the United States. Programs directed by the Mekong-U.S. Partnership have positively impacted the lives of millions of people and have helped Mekong countries better address issues on water security, energy and infrastructure planning, and STEM education. Building on 11 years of cooperation, the partnership seeks to expand its programming efforts to resolve regional challenges.

The Mekong – U.S. Partnership Heroes Series is proud to present the story of Niwat Roykaew (Kru Tee), an environmental defender of the Mekong River and its environs. The story of Niwat is one in a four-episode video series which follows different individuals from the Mekong region, illustrating how they have benefited from the Mekong – U.S. Partnership. The videos will be released on the social media platforms of the U.S Missions to Vietnam, Thailand, Laos, Cambodia on June 29, 2021.

In the last two decades, the fast-paced development of hydropower dams, has changed the Mekong ecosystem, increasing pressure on millions of people who rely on this River. Growing up on the banks of the Mekong River, Niwat recalls the highs and lows of the river’s life. As a result of the drastic changes to the River, he decided to switch careers from teaching to environmental education.  Together with local teams, he conducts ecosystem research and works to inform communities of their rights in the face of fast-paced economic development, focusing on ecosystem biodiversity and strengthening community resilience through a community-based research project called Thai Baan research (Jao Baan research in Northern Thai Dialect).

“The Mekong River doesn’t just belong to us, it is part of Mother Nature. The Mekong River is no longer the way it used to be. Protecting it needs effort from everyone in the world. With Thai Baan research, there is now knowledge to push forward and fight to protect these resources,” Niwat said.