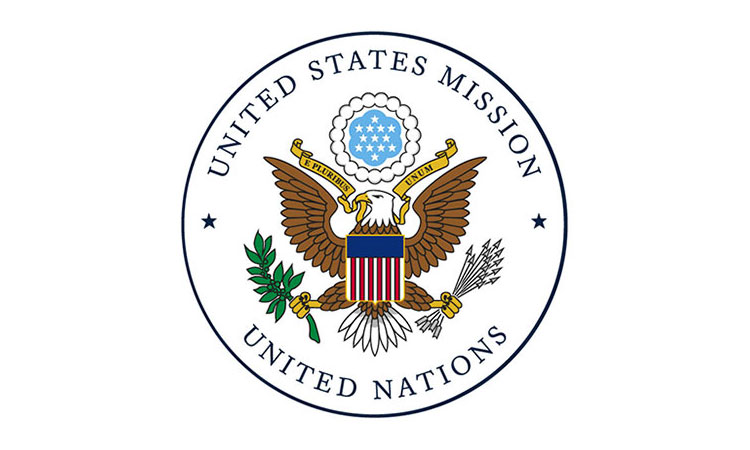 Ambassador Thomas-Greenfield:  Thank you, Justin, and thank you all for joining me here today.  I want to start with a few brief reflections on my vitally important trip to Japan and Thailand.

Over the past week, I worked on strengthening crucial alliances, deepening cooperation in the fight against COVID-19, and advancing opportunities for peace, security, and stability in support of an open and free Indo-Pacific.

Last weekend, I was honored to lead the United States Presidential Delegation to the ceremony – the Closing Ceremony of the Tokyo Olympics.  I had the opportunity to cheer on Team USA, and to celebrate our athletes, who truly represent the best of America.  And I have to tell you, I was so proud of their grit and determination and sportsmanship and their leadership – on and off the field.

And I was particularly delighted that the women of Team USA brought home nearly 60 percent of the medals for the United States.  Their success is more than a point of pride for America.  It showed the world how including and empowering women makes nations – makes our nation stronger and more competitive.

I was also inspired to meet virtually with members of the Refugee Olympic Team competing in its second Olympic Games.  I’ve spent most of my career working on refugee and humanitarian issues, and I know the harrowing experiences these Olympians had to overcome to get to Tokyo.

I’m so proud of the refugee team and excited to watch them grow and continue to inspire millions of refugees around the world.

While in Japan, I was also honored to meet with the Japanese chief cabinet secretary and the Japanese state minister for foreign affairs.  I had the opportunity to reaffirm our crucial alliance with Japan, and to thank and congratulate Japanese and Olympic officials for hosting a successful Olympic Games in the face of great adversity.

I also wished them continued success with the Paralympic games in the coming weeks.  And yesterday, President Biden announced that Second Gentleman Doug Emhoff will lead the delegation to that opening ceremony.

President Biden has made clear that we are putting our alliances at the center of our foreign policy.  And so I also felt it was important to come here to Thailand, to reaffirm and strengthen the longstanding alliance between our nations, and to underscore our enduring commitment to Southeast Asia and the ASEAN centrality.

The U.S.-Thai alliance continues to create tremendous benefit for both of our nations and contribute to a more peaceful, stable, and prosperous Indo-Pacific region.

Today, I had the opportunity to meet with the prime minister, following meetings yesterday with the deputy prime minister and foreign minister, and the national security council secretary-general.  I believe we had productive conversations on a range of priority issues, including the strength of the alliance, public health, climate, human rights, and the humanitarian crisis sparked by the February coup in Myanmar.

In particular, I communicated America’s strong commitment to standing with the Thai people in the fight against COVID-19.  In fact, yesterday morning, I visited a vaccine site in Bangkok where vulnerable people and frontline workers were receiving some of the 1.5 million Pfizer vaccines the United States provided to Thailand last week.  We are stepping up that commitment with another 1 million vaccine doses, which will arrive soon.

I was proud to see our vaccines going into the arms of Thailand’s heroic doctors and nurses.  And I was encouraged to know that this is happening all over the world as the United States delivers hundreds of millions of vaccines – provided with no strings attached – to save lives and stamp out this pandemic.

Yesterday, I was also – yesterday, I also announced $55 million in new U.S. assistance for humanitarian and pandemic response efforts in Thailand and Myanmar.  The coup in Myanmar and the resulting humanitarian crisis has been compounded by COVID, and Thailand is on the front lines of the response to both challenges.

The funding I announced yesterday will support the pandemic response and alleviate the strain of Thailand’s – the strain on Thailand’s health systems.  Specifically, the funding included $5 million in COVID-19 assistance for Thailand, as well as $50 million in humanitarian aid that will flow directly through international and nongovernmental organization partners.

Today, I also had the opportunity to meet with international organizations, NGOs, and others working in Thailand and Myanmar to discuss the political and humanitarian challenges facing the people of Myanmar, including refugees.  I wanted them to know that we stand with them.  The resources we are providing will help these NGOs and international organizations respond to the COVID crisis and meet the needs of vulnerable people, particularly in the Thai-Myanmar border region.

Finally, let me say clearly that the United States remains deeply concerned about the ongoing crisis in Myanmar.  In close coordination with our allies and partners, we will continue to press for a swift return to democracy and the release of all those arbitrarily detained, while remaining steadfast in our support for the people of Myanmar.

With that, I look forward to your questions.  Thank you very much.