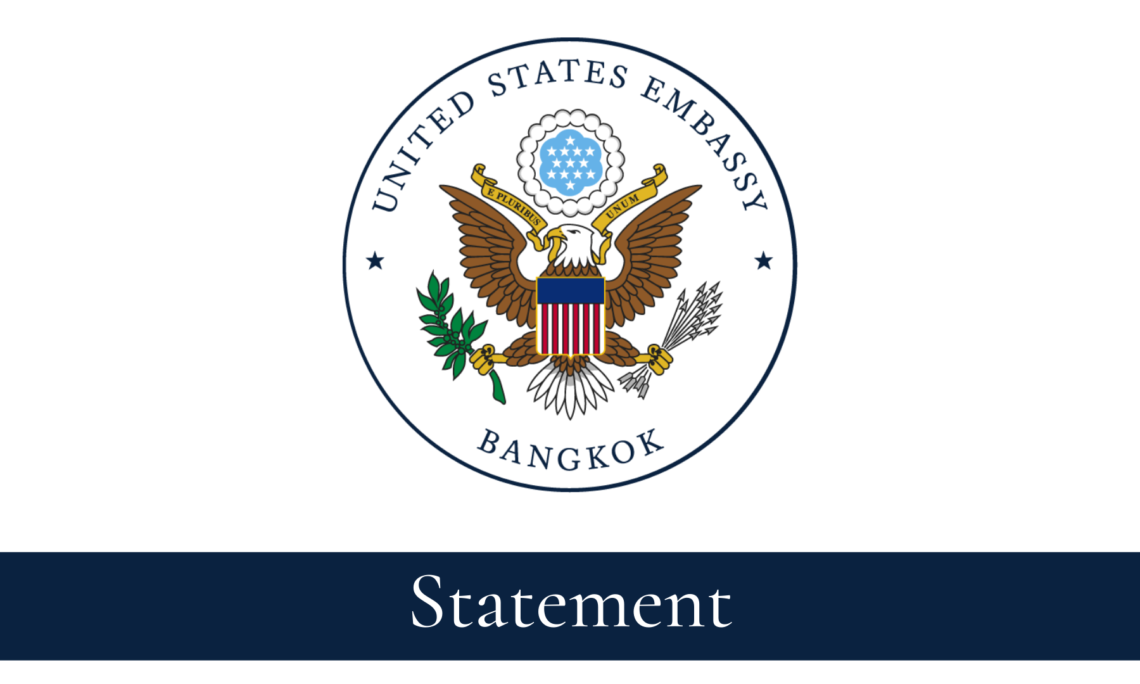 We note the Thai Constitutional Court’s decision on February 21 ordering the dissolution of the Future Forward Party.

The United States strongly supports democratic governance around the world, and appreciates Thailand’s recent seating of a democratically elected government.  While the United States does not favor or support any particular political party in Thailand, more than six million voters chose the Future Forward Party in the March 24 elections.  The decision to disband the party risks disenfranchising those voters and raises questions about their representation within Thailand’s electoral system.