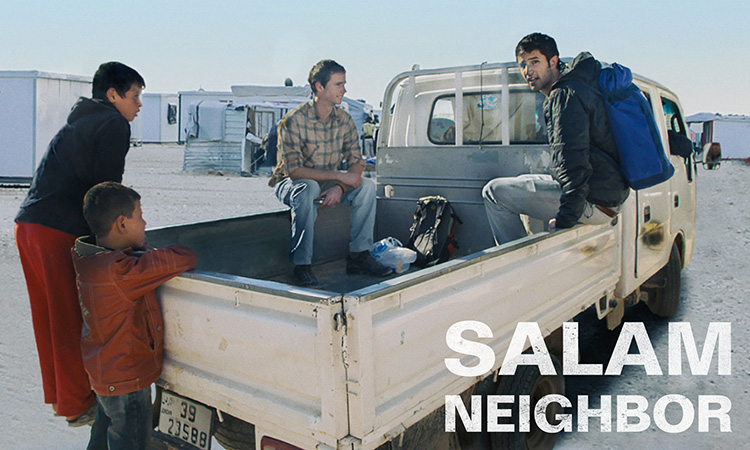 As a component of the partnership between the U.S. Department of State and The American Film Showcase, U.S Embassy Bangkok was honored to host the visit of documentary filmmakers Zach Ingrasci and Chris Temple, September 11-15.  The filmmakers, together with the Embassy and Chiang Mai Consulate teams travelled to eleven events throughout Bangkok, Chiang Mai, and Mae Sot, to screen the duos most recent film, Salam Neighbor.  The film documents the two Americans as they lived among refugees along Syria’s border for a thirty-day period.  The directors conducted a documentary filmmaking workshop, moderated a capacity-building discussion among NGOs, participated alongside activists and academics in a public seminar and spent time with students in Q&A and discussion.  The film served to highlight a greater understanding of refugees and allowed audiences to see the humanity of those forced to relocate from their countries of origin by the tragedy of war, marginalization and economic pressure.

As the first filmmakers allowed by the United Nations to register and set-up a tent inside a refugee camp, Zach Ingrasci and Chris Temple plunge into the heart of the world’s most pressing humanitarian crisis and uncover inspiring stories of individuals rallying, against all odds, to rebuild their lives and those of their neighbors. The Syrian families they meet are not just displaced, they have no promise of a future with sufficient food, security, education or peace. Salam Neighbor offers personal insights into the complexities of refugee life and challenges audiences to express neighborly love for people in crisis.