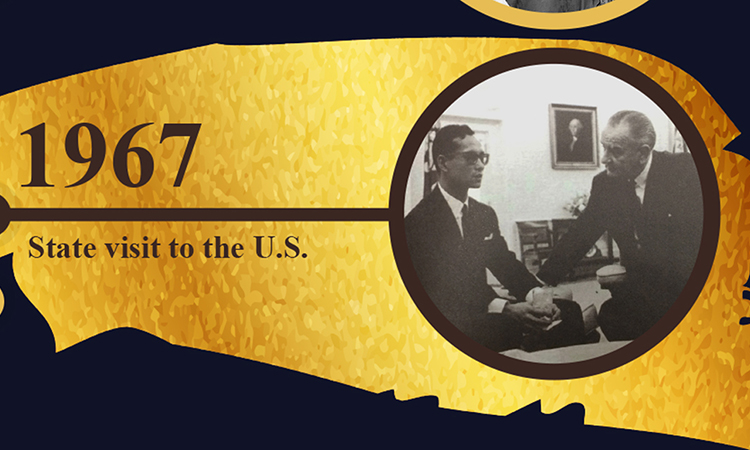 The fourth of the series is: “Remembering King Bhumibol Adulyadej’s state visit to the U.S. in 1967”

Their Majesties King Bhumibol Adulyadej and Queen Sirikit visited the U.S. for the second time. During this trip his majesty dedicated a Thai pavilion to the East-West Center and received an honorary doctorate in law at Williams College. The most memorable statement of all the twelve speeches given by His Majesty during this visit was made at the White House: “We meet you both not only as Head of State, but as old friends. That is part of our people-to-people visit.”