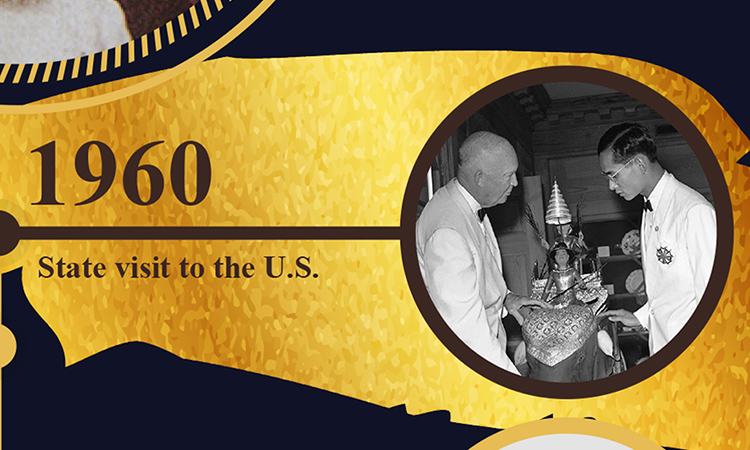 The second of the series is: “Remembering King Bhumibol Adulyadej’s state visit to the U.S. in 1960”

Thirty-three years after his birth in Cambridge, His Majesty King Bhumibol made the first of two return visits to the United States. President Eisenhower hosted a state dinner as well as received His Majesty in the Oval Office for a private consultation. The most remarkable of the fourteen speeches His Majesty gave during that trip was the address to the U.S. Congress on “mutual goodwill and close cooperation between our two countries”.

See “The Birth of the Beloved King of Thailand”, the first of the series.