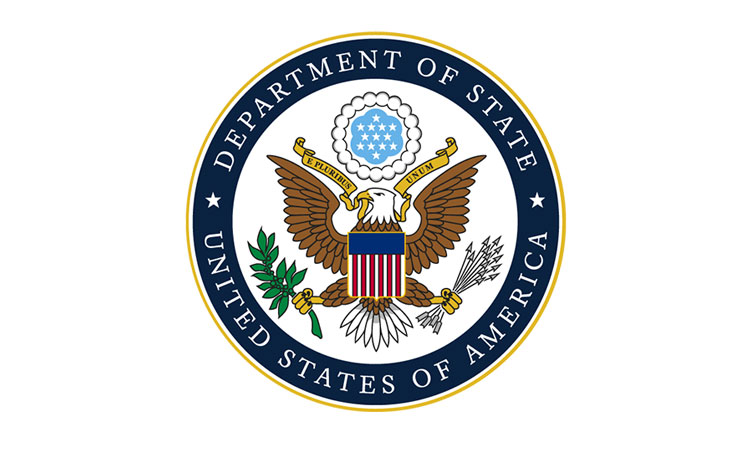 The Mekong River, Mekong Sovereignty, and the Future of Southeast Asia

Thank you to Satu Limaye and the East-West Center, and thank you to all who are joining us from around the globe.

It is good to see so many of you who had planned to join us in February before the pandemic forced us to postpone. I welcome you and the many new participants here today.

We have all gathered because we recognize the importance of rivers for our economies, for livelihoods, for our cultures, even our civilizations.

Indeed, rivers are where our earliest ancestors gathered to form human societies.

Water is the essential ingredient of life, and the ancients knew and respected the importance of rivers.

The earliest instances of human society, or human agriculture, or human history, of human civilization reveal the essential role played by rivers.

What would our world be without the civilization of Mesopotamia, bracketed by the two mighty rivers of Euphrates and Tigris?  Could ancient Egypt have existed without the life-giving bounty of the Nile? Did Harappan civilization die out because the Saraswati river dried out and disappeared?  Would London be a global capital without the Thames, or New York be our greatest harbor without the Hudson?

This conference was supposed to have taken place in Bangkok.  A hundred miles north of Bangkok on the Chao Phraya lies Ayutthaya, seat of the ancient Thai Kings.  And today, along those same banks, lies one of the great megacities of Southeast Asia.

Rivers enabled our ancient ancestors to gather and farm and feed ever larger groups of people.  Those first societies begat language and civilization.  Those civilizations begat cultures, nations, empires, and history.

The cycle of floods and droughts on the Yangtze and Yellow rivers gave rise to the concept of ideal balance enshrined in Yin and Yang.  The Mississippi River sparked the literary genius of Mark Twain.  The Thames inspired the people of England to seek their fortune upon the sea.

Why is this understanding of rivers important?  Why is it worth focusing on the great role of rivers in fostering the rise of humanity?

Because those who impede, obstruct, or divert riverine resources for themselves cause grave danger and damage to livelihoods for millions.  A river is not merely a geographic feature.  It is an essential, fundamental basis of human life.  The billion people who depend on the Ganga, Indus, Yamuna, and Brahmaputra knows this essential truth.

And the people of the Mekong particularly know this truth, because they are living with the terrible consequences of upper riparian water control, with increasing and devastating impact on the lives of tens of millions for whom the Mekong represents life itself.

America is concerned about these developments, and it is why I am privileged to speak to you today.

It is fortunate that we can come together even if we are not able to meet in person, as the Mekong River is important to us all.

The U.S. partnership with Cambodia, Laos, Myanmar, Thailand, and Vietnam has grown considerably since we started the Lower Mekong Initiative in 2009.  Over those 11 years, the United States government has committed almost $3.5 billion in foreign assistance to the Mekong region, joined by billions of dollars in U.S. government official financing and U.S. private sector investment.

This year marks an even further expansion with the launch just last month of the Mekong-U.S. Partnership. Our collaboration is now broader, deeper, more strategic, and better resourced, reflecting the importance of the Mekong region and our commitment to our Mekong partners.

The Mekong-U.S. Partnership puts cooperation on transboundary river governance front and center, and it comes at a crucial time. Challenges facing the region’s shared water resources have only grown since Secretary Pompeo announced our intent to host this conference in 2019.  Back then, the Secretary shared our mounting concerns over these troubling trends.  Now, we face a crisis.

The communities and ecosystems that have relied for generations on the Mekong River’s natural flood pulse are suffering from record droughts that affect over 60 million people and have dramatic consequences for food security, economic development, and national sovereignty across the Mekong.

Now, I realize I’m talking to civil society and water governance experts.  You see these consequences first-hand.   Let me highlight some of them.

A growing body of evidence shows that these downstream problems are made worse by the construction and operations of upstream dams in China. China’s unilateral manipulation of your shared river disrupts the natural flood pulse that replenishes bodies of water like Cambodia’s Tonle Sap Lake, revitalizes the fishing and agricultural industry, and restores freshwater aquifers across the Mekong basin.

Beijing argues that its dam operations benefit downstream nations by increasing water flows in the dry season. Yet by Beijing’s own admission, these dry-season water releases are done to maximize profit for China’s electricity producers.

As with so many challenges involving Beijing, non-transparency is a major part of the problem. Beijing has not shared sufficient information on its dam operations or upstream river conditions, limiting Mekong government’s ability to prepare for or mitigate the damage caused by dam operations.  China’s dam operators have also released water unannounced, damaging downstream crops when the river rises unexpectedly.

Beijing has recently acknowledged its role in manipulating natural river flows and has given new assurances to share more water data. But the Chinese Communist Party has a history of empty promises. Just look at the South China Sea.

We commend the countries of the Mekong region and the Mekong River Commission for their persistence in lobbying Beijing to provide more water data.  We encourage you to hold China accountable to sharing year-round, real-time flow and dam operations’ data. And we urge Beijing to coordinate closely with the MRC and use existing tools and protocols.

The United States supports regional organizations like ACMECS and the efforts of partners like Japan, South Korea, Australia, India, and countries in the European Union to support sustainable development and share global best practices in the Mekong region.

We also applaud ASEAN efforts, led by Vietnam as chair this year, to raise the profile of Mekong issues.  The Mekong region is as consequential to ASEAN centrality as the South China Sea. We encourage ASEAN member states to consider the issues in the Mekong region as important to regional cooperation and cohesion as the sea.

River flows aren’t the only challenge facing the Mekong region.

Just last week, I read that Zhao Wei, a criminal kingpin sanctioned by the U.S. Treasury Department for criminal activity, plans to build and control a new port near the Kings Roman casino in Laos, raising greater concern about increased drugs, wildlife, and human trafficking in the Golden Triangle.

We encourage countries of the Mekong region to hold the Chinese Communist Party accountable for its role in addressing these challenges.  We call for cooperation on transparent and sustainable development, water resource management, and law enforcement that serves the interests of Mekong-region countries, not those of their neighbors.

How the United States is Helping

The United States has supported the Mekong River Commission for decades and will continue to do so.  We will work through the Mekong-U.S. Partnership, guided by principles of transparency, inclusivity, good governance, and respect for autonomy and international law.  We are committed to working with you, for our mutual interests.

We will continue our work under the Mekong Water Data Initiative to improve water data sharing.

We will continue to exchange expertise and best practices, such as those between the Mekong and Mississippi River Commissions and the U.S. Army Corps of Engineers and regional counterparts to improve safety in dam construction and maintenance.

We will maintain our partnership between the U.S. Department of Energy and the MRC on responsible hydropower and water resources management.

We will empower the skill and talent of the Mekong people — through the new Young Southeast Asian Leaders Initiative Academy at Fulbright University Vietnam, which we announced just last month, and also through forums like this, through our Young Scientists Program, and many others.

Finally, we will always partner with governments and NGOs who share our transparent, inclusive approach.  Transboundary water governance challenges are not unique to the Mekong, of course.  Our shared experiences from across the Indo-Pacific in managing risks from floods and droughts and mitigating the impacts of predatory infrastructure development make it all the more important to examine these issues cooperatively and develop shared solutions.

As we do so, we recognize the hard work of local media reporting on the value of the river and the effects of unsustainable practices. We applaud the tireless efforts of civil society advocates that strive for transparency, sustainability, and accountability.

There is a lot riding on our efforts.  As you all know well, river governance and water security in the Mekong are not just technical issues.  They affect the lives and livelihoods of tens of millions.

So I encourage everyone today to raise your concerns, ask the hard questions, and suggest ideas for cooperation that protect the future of a healthy Mekong River.  We have brought together many experts on transboundary water governance here, and this is an opportunity to identify a path forward to strong and effective partnership.

Let me end by saying that the United States is committed to supporting the countries of the Mekong Region to ensure the river remains healthy and vibrant, sustaining generations far into the future.