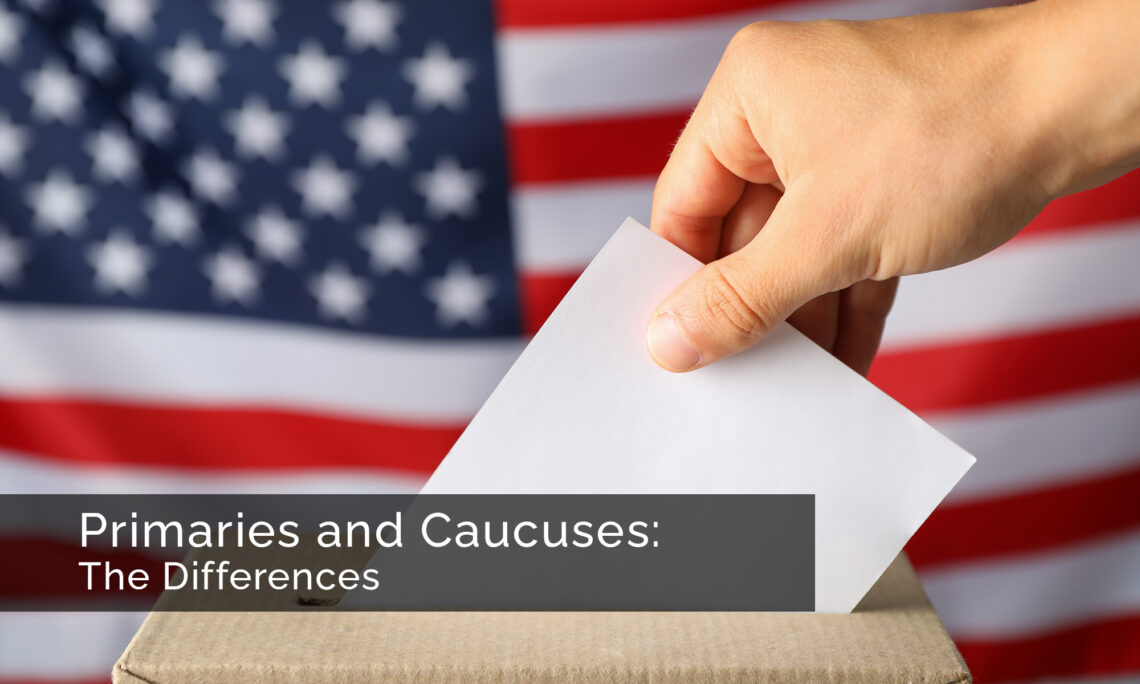 Primaries are run by state and local governments. Voting happens through secret ballot. Some states hold “closed” primaries in which only declared party members can participate. In an open primary, all voters can participate, regardless of their party affiliation or lack of affiliation.

Caucuses are private meetings run by political parties. They are held at the county, district, or precinct level. In most, participants divide themselves into groups according to the candidate they support. At the end, the number of voters in each group determines how many delegates each candidate has won.

When are they held?

State and local governments determine the dates on which primary elections or caucuses are held. These dates, and the amount of time between a primary and general election, significantly influence how early candidates begin campaigning and the choices they make about how and when campaign funds are spent.

In the run-up to presidential elections, victories in primaries held very early in the election year, such as that in New Hampshire, can influence the outcome of later state primaries.