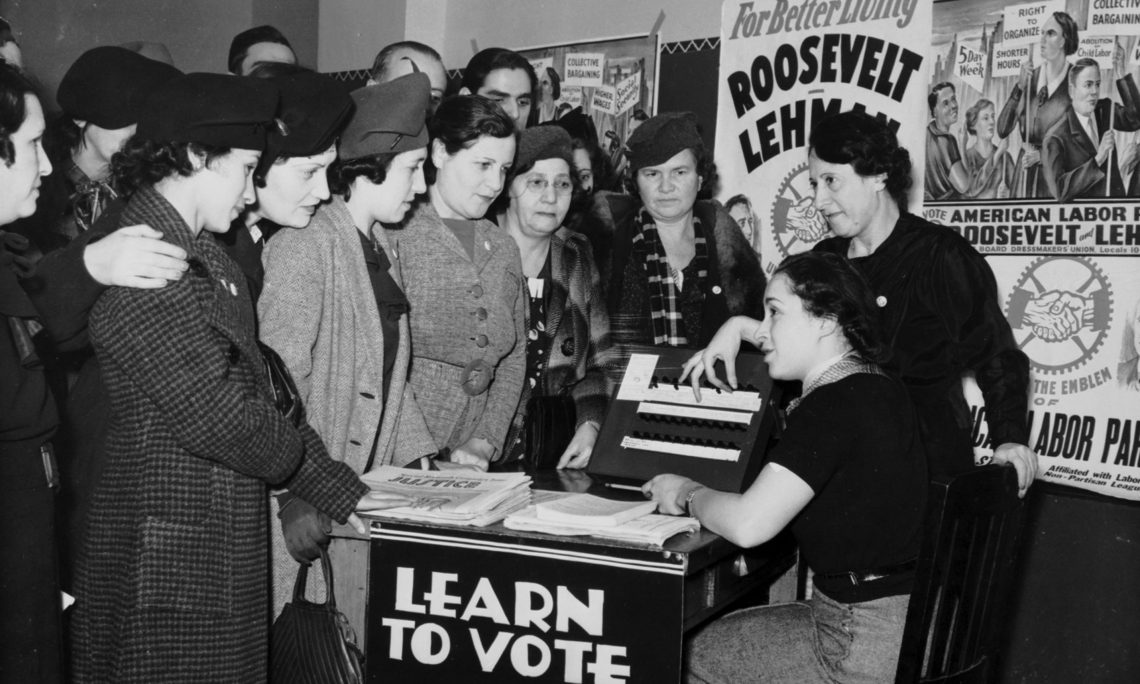 1790
The Supreme Court of the United States meets for the first time in New York City.

1924
President Woodrow Wilson dies. The 28th president of the United States passed away in Washington, D.C. at the age of 67.

1789
George Washington is unanimously elected the first president of the United States.

1911
Ronald Reagan is born on this day in Illinois. He was later elected the 40th president of the United States serving two terms in 1981 and 1989

1825
No presidential candidate received a substantial number of votes to win the election so the U.S. House of Representatives had to make the decision and voted to elect John Quincy Adams as the 6th President of the United States.

1773
The 9th President of the United States, William Henry Harrison, is born today in 1773 in Virginia.

1809
Abraham Lincoln, the 16th President of the United States, is born today in Kentucky. He later became one of the U.S. most admired presidents.

1884
Wife and mother of President Theodore Roosevelt die today just hours apart. The tragedy devastated him greatly and he took a hiatus from politics. He later returned to political life and became the 26th President of the United States when his predecessor President William McKinley died while still in office.

1919
President Woodrow Wilson presents the draft of the covenant of the League of Nations, an international peace organization that later \ helped shaped the United Nations.

1903
The first ever teddy bear goes on sale. A toy maker Morris Michtom had asked President Theodore Roosevelt for permission to use his name for a stuffed bear toy and the President agreed.

1933
Soon-to-be-president Franklin D. Roosevelt escaped an assassination attempt in Miami. While he was giving a speech on a touring car, several shots were fired by an unemployed brick layer Giuseppe Zangara who later said he commited the crime out of frustration stemmed from the Great Depression.

1801
Thomas Jefferson is elected the 3rd President of the United States. He had previously served as John Adams’ vice president.

1885
The Washington Monument, built in honor of the United States’ first president, is dedicated today in Washington, DC. The plan to build a 555-foot-high marble monument was first proposed in 1783 while President Washington was still alive. Construction was halted during the American Civil War and it was finally completed in 1885.

1848
President John Quincy Adams suffers a stroke while speaking in front of the House of Representatives. He died two days in a bed in the Capitol building.

1868
President Andrew Johnson becomes the first president to be impeached. His impeachment resulted from his romoval of Secretary of War, which was a violation of the Tenure of Office Act.

1870
Hiram Rhoades Revels is sworn in as the first African American congressman. The Republican from Mississippi. Revels was a minister and during the Civil War he helped form African American army regiments for the Union cause.

1922
The 19th amendment to the U.S. Constitution, which provides women voting rights, is unanimously declared constitutional by the eight members of the U.S. Supreme Court.