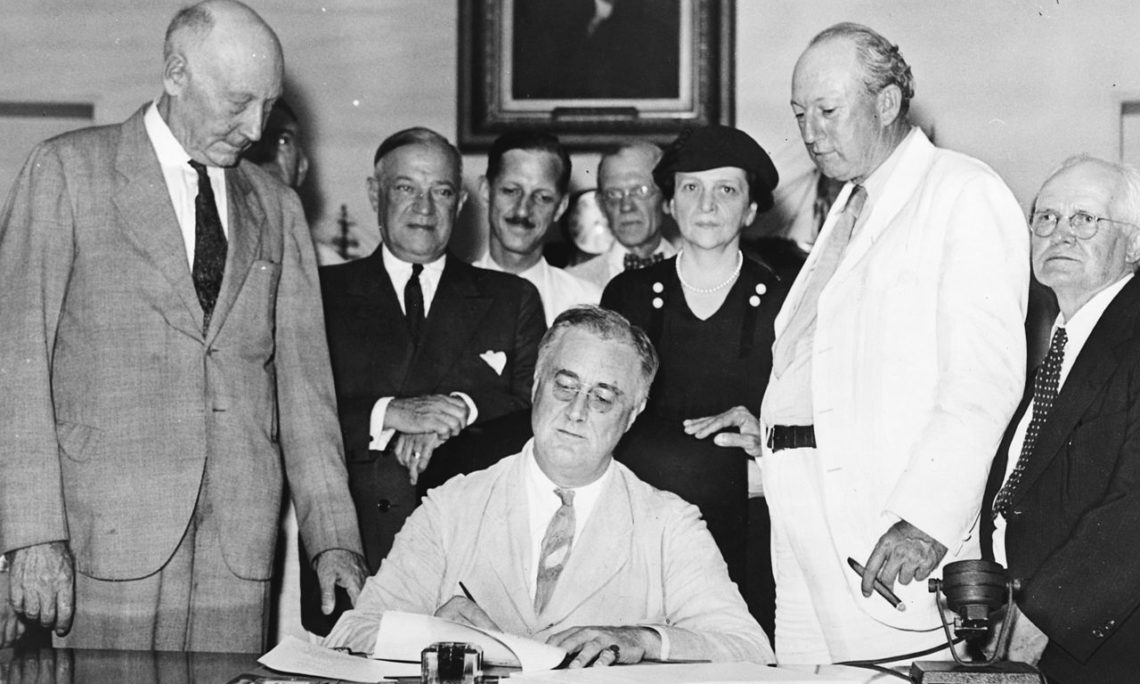 Calvin Coolidge was sworn in as the 30th president of the United States, hours after the death of President Warren G. Harding.

Lincoln imposed the first federal income tax by signing the Revenue Act. Lincoln and Congress agreed to impose a 3 percent tax on annual incomes over $800.

President Richard M. Nixon resigned in the wake of the Watergate burglary scandal. He was the first president in American history to resign.

One day after the resignation of President Richard M. Nixon, Vice President Gerald R. Ford was sworn in as the 38th president of the United States in the East Room of the White House.

Future President Herbert Hoover was born on August 10 in 1874 in West Branch, Iowa.

President Franklin D. Roosevelt signed into law the Social Security Act, which guaranteed an income for the unemployed and retirees.

President Dwight D. Eisenhower signed a proclamation admitting Hawaii into the Union as the 50th state of United States of America.

Lyndon B. Johnson was nominated to run for the presidency at the Democratic National Convention in Atlantic City, New Jersey.