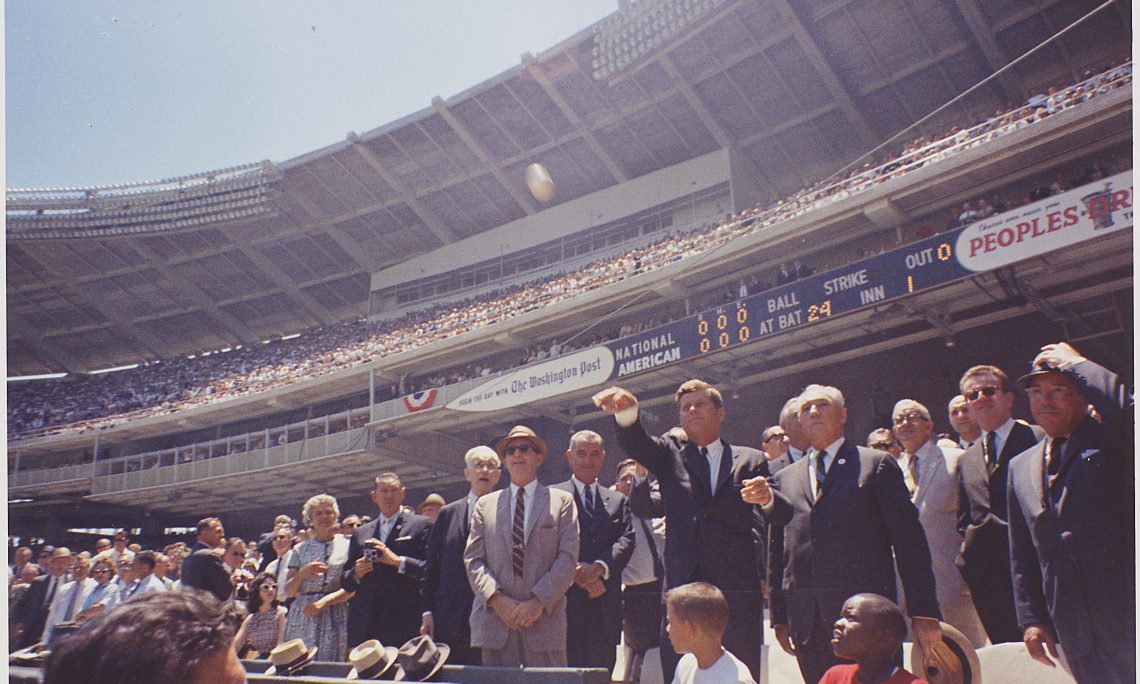 1917
President Woodrow Wilson asks Congress to declare war against Germany. “The world must be made safe for democracy,” proclaimed the President on this day.

1818
The Flag Act of 1818 is enacted by Congress today. It was the flag that determined the design of all succeeding flags to have 13 stripes to represent the first 13 colonies and to have each star representing each state.

1841
President William Henry Harrison dies just after one month in office. The 9th President of the United States succumbed to pneumonia and passed away at the White House.

1935
President Franklin D. Roosevelt signs Emergency Relief Appropriation Act to help struggling Americans during the Great Depression. Through the Act, Congress allowed the President to use $5 million for public assistance, the largest ever relief programs in the country’s history.

1743
Thomas Jefferson is born on this day. The third president was also one of the drafters of the U.S. Declaration of Independence.

1865
President Abraham Lincoln in shot by John Wilkes Booth while attending a play at Ford’s Theater in Washington, D.C. He died the following morning.

1865
President Abraham Lincoln dies. He was shot the day prior while attending a play at Ford’s Theater in Washington, D.C.

1789
The newly elected President George Washington leaves his home in Mount Vernon, Virginia and travels to New York for his, and the country’s, first presidential inauguration.

1865
A train carrying the coffin of assassinated Abraham Lincoln travels to Springfield, Illinois, the president’s home town. President Lincoln was later buried at the family plot.