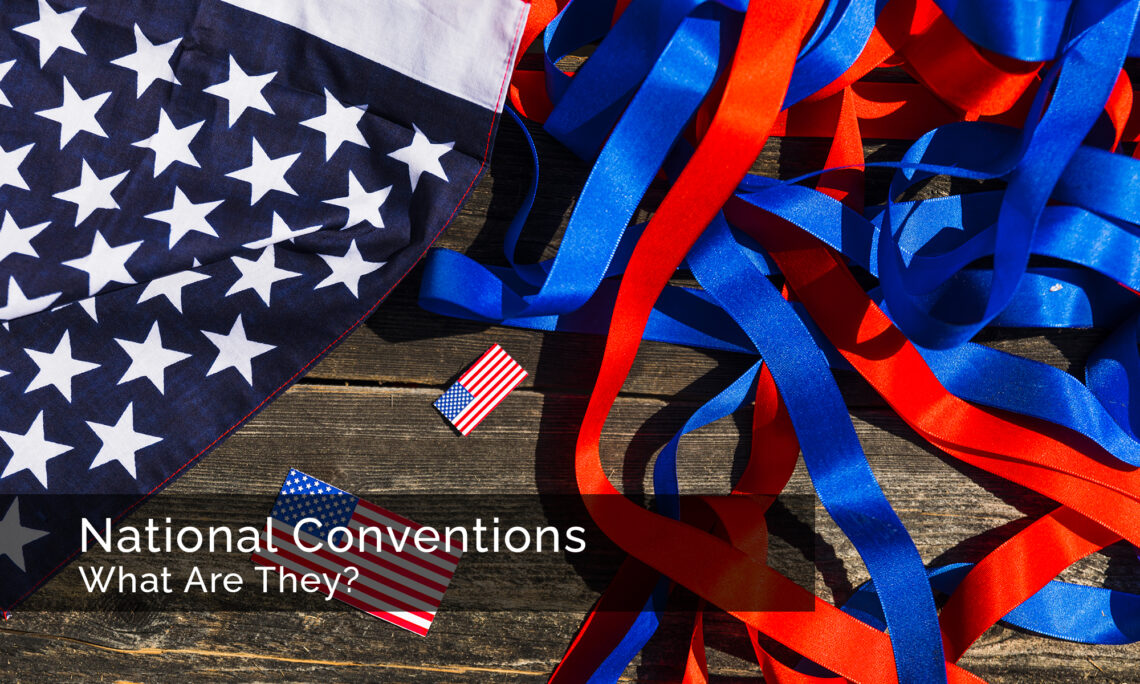 And balloons. Lots of balloons. Republicans dropped 120,000 of them from the rafters at their 2012 Republican convention.

For Americans who like politics, the major party conventions are like the Super Bowl; they’re really entertaining, someone wins, and you can watch them on TV.

Despite the pageantry, the political conventions serve very important purposes. In four days (July 18–21 for Republicans; July 25–28 for Democrats) each convention will:

If no candidate captures a majority, the delegates vote again … and again, until a winner is selected. This scenario has not occurred since 1952, but was common earlier in the 20th century. In 1924, Democrats needed 103 ballots to nominate John W. Davis for president. (He lost.)

While state party rules govern how delegates vote, generally they must vote on the first ballot for the candidate they are “pledged” to and may change their support after that.

The vote itself is a highlight. The states report their tallies in alphabetical order. One delegate reports the totals for that state. Many use the occasion to offer the nation a colorful description of their state’s distinctive contributions to the national fabric. Thus:

“Madam Secretary, I’m proud to lead the Alabama delegation. Alabama is on the move! Three national football championships in the last three years. [Some booing from other state delegations.] A leader in transportation technology. Three world-class manufacturing plants and a new jet plant just announced…”

Because each party represents a diverse coalition of interests, a successful convention is one that unites those interests around a common goal: electing the next president!