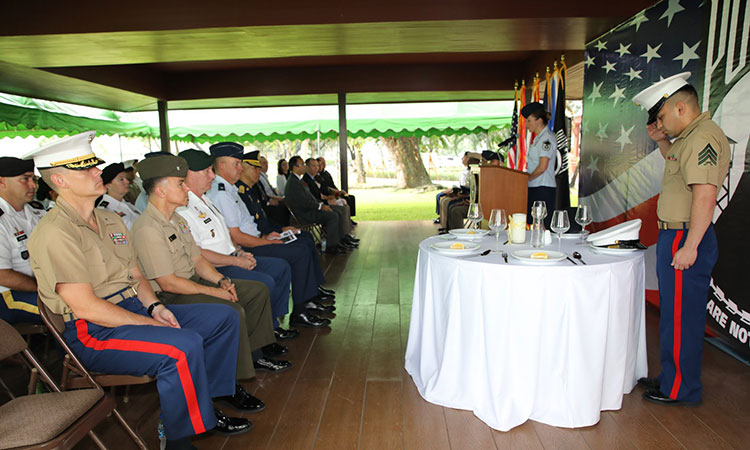 On September 20, the Defense Prisoner of War/Missing in Action Accounting Agency (DPAA) hosted U.S. Embassy officers and staff at the Embassy’s Sala Thai for National Prisoner of War / Missing in Action (POW/MIA) Recognition Day. Royal Thai Air Force, Air Chief Marshal General Sakpinit Promthep attended the ceremony and Khun Ratchneeyakorn Songyoo gave the keynote address. The United States established the National POW/MIA Recognition Day to honor those who were held captive and returned, as well as those who still remain missing. The men and women of DPAA are committed to honor their sacrifice and every U.S. service member or civilian/contractor is entitled to one certainty: that he or she will not be forgotten. In the last year DPAA identified 175 members previously listed as missing. This year’s ceremony held a special moment of silence in remembrance of the Royal Thai Army’s Colonel Chaicharn Harnnavee, Khun Ratchneeyakorn’s father, and the longest held POW of the Vietnam War, who passed away last year.