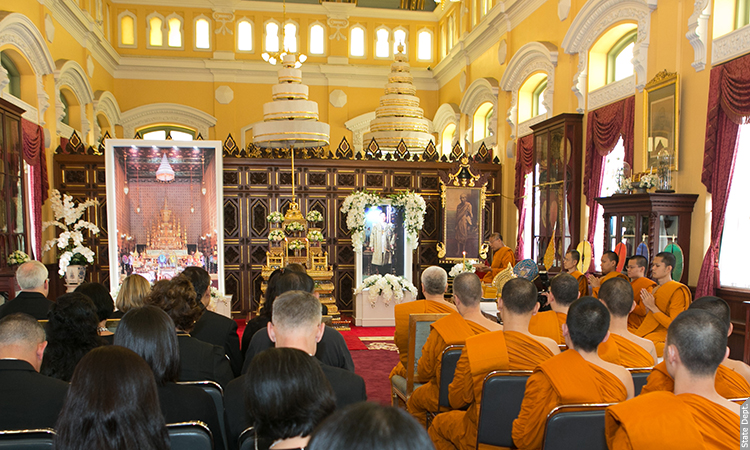 Ambassador and Mrs. Davies, Deputy Chief of Mission Peter Haymond, along with approximately 130 members of the U.S. Embassy community participated in a mourning ceremony marking the 50th day of the passing of His Majesty King Bhumibol Adulyadej at Wat Bowonniwet Vihara Rajavaravihara, a Royal Monastery and a major Buddhist temple in Phra Nakhon district. His Majesty the King Bhumibol Adulyadej was ordained at the Grand Palace (Wat Phra Kaew) and resided at Wat Bowonniwet Vihara Rajavaravihara for 15 days in 1956 (Thai year 2499), during his time as a monk.