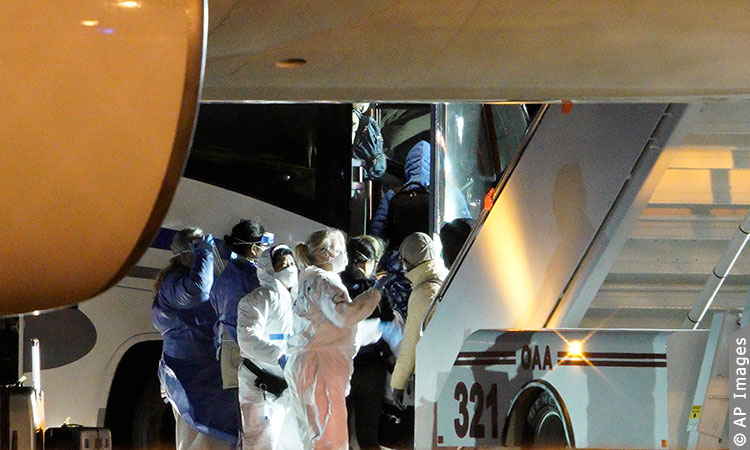 How we mobilize resources around the world to help other nations fight the disease is American altruism at its finest.

The first duty of the federal government is to keep our citizens safe. Since the United States first became aware on Dec. 30 of what has become known as the novel coronavirus, America’s public health officials have closely monitored the situation, worked to understand the virus and taken steps to limit Americans’ exposure to it.

Our task force is ensuring that our whole of government, layered, public health plan has the resources necessary to protect Americans. We’ve treated the sick, and traced back their travel history and contacts to minimize the spread of the virus. We’ve worked swiftly to screen and safely receive American travelers returning from China, and bar foreign travelers who have recently visited the epicenter of the outbreak.

Consistent with the World Health Organization International Health Regulations, our travel restrictions were intentionally devised to complement the Chinese government’s policy of isolating approximately 50 million of its own citizens in Hubei province. Other nations, such as Italy and South Korea, have taken similar measures.

Our efforts in China

Thus far, the United States has only had 13 confirmed cases of the virus. We were saddened to hear last week that one American, a 60-year-old woman in Wuhan, China, has died. But we’re undeterred in our vigilance to protect our people. And we’re mobilizing resources around the world to help other nations fight the disease, too. This is American altruism at its finest.

Let’s start with our efforts focused on the country where the virus first appeared — China. In the words of President Donald Trump, “We’re offering them tremendous help.” During the first week of January, the Centers for Disease Control and Prevention made an offer of assistance in order to understand the disease and help bolster response efforts.

The Department of Health and Human Services subsequently provided to the WHO a list of world-class medical professionals ready to deploy their skills in China and learn from China’s efforts to combat this new coronavirus. In the last week of January, Secretary Azar personally extended an offer of help to Health Minister Ma Xiaowei; Secretary Pompeo did the same with Chinese State Councilor Yang Jiechi. We hope the mission will commence immediately, whether bilaterally or under the auspices of the WHO.

We’ve also facilitated the delivery of vast amounts of medical supplies to the Chinese people. Just last week, the State Department helped transport 17.8 tons of relief supplies to Hubei. And more assistance will continue to be offered — the United States is prepared to spend up to $100 million in existing State and U.S. Agency for International Development funds to assist China and other impacted countries to contain and combat the virus.

While State managed the logistics, the donations themselves were provided by Samaritan’s Purse, Boeing, Intermountain Healthcare and The Church of Jesus Christ of Latter-day Saints, and coordinated by a nongovernmental organization called Project HOPE. Time and again, when diseases and disasters strike, the American people have stepped up to help citizens of other countries without being asked. Our robust charitable giving and enthusiastic civil society groups are channeling the American people’s concern for their fellow man.

Cooperation with other nations

Then there are America’s actions to help the citizens of other countries, beyond China. CDC staff based in more than 60 countries are working closely with ministries of health and other health partners, often in conjunction with their colleagues at the State Department and other federal agencies.

For instance, the United States has made coronavirus test kits available to 191 qualified laboratories around the world; so far, labs from 36 countries have put in orders. We’ve deployed staff to train health professionals in 15 hospitals in Vietnam. In Kenya, health experts at the U.S. Embassy in Nairobi, as part of our Infectious Diseases Task Force, engaged the government early on to recommend best practices in airport screening and public health.

Our quick and effective reaction abroad is facilitated by partnerships that America has carefully nurtured over decades — long before the latest outbreak.

We believe our actions will slow the transmission of the virus to and within the United States and other countries, solidify our ties of friendship with our allies and partners, and help save lives by giving us more time to refine preparedness measures and better understand the virus.

We all hope that our concerted efforts will control the virus and cause it to subside. But the world doesn’t need to wait for that day to see how America remains a force for good throughout the globe.