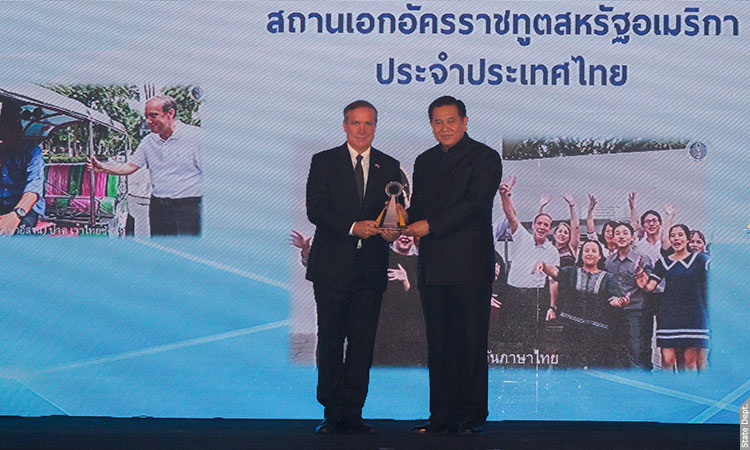 On August 9, the Office of the Permanent Secretary of the Ministry of Culture recognized the U.S. Embassy’s contributions to promote international cultural relations through the production of a Thai Language Day video clip at the Media Fund Share awards ceremony. Deputy Spokesperson Steve Castonguay—the star of the video clip which was shown at the Thai Language Day ceremony on July 27 and picked up by local media—received a plaque of honor on behalf of the U.S. Embassy Bangkok. Approximately 1,200 people attended the Media Fund Share ceremony, which took place at the Vayupak Grand Ballroom’s 4th floor in the Centra by Centara Government Complex Hotel & Convention Center in Chaeng Wattana. The video clip can be found at https://youtu.be/nHYFZM0He0w