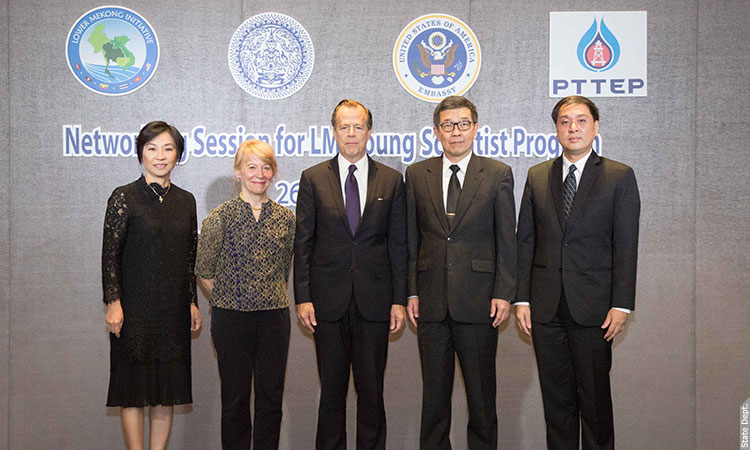 Ambassador Davies joined Somporn Vongvuthipornchai, the President and CEO of PTT Exploration and Production Plc (PTTEP), and colleagues from the Ministry of Foreign Affairs on April 26 to kick off the inaugural networking event for young scientists from Lower Mekong Initiative (LMI) partner countries. LMI is a partnership among Cambodia, Laos, Myanmar, Thailand, the United States, and Vietnam to build cross-border cooperation among the countries of the Lower Mekong to address pressing transnational challenges and seize emerging opportunities in areas such as advanced energy and the digital economy. Following a science, technology, engineering, and mathematics (STEM) education workshop co-hosted by Thailand and the United States on April 24-25, the young scientist networking event aims to further expand and deepen scientific networks across countries to promote research collaboration on shared priorities and to help young scientists from the region keep up with scientific and technological advances from around the world and share their own research with the international scientific community.