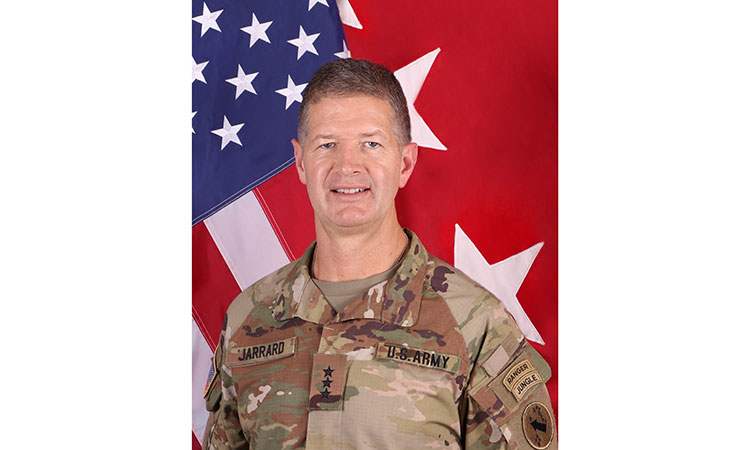 Deputy Commanding General for the U.S. Army Pacific (USARPAC), Lieutenant General (LTG) James B. Jarrard, will visit Thailand August 15-18 to meet with senior leaders and counterparts in the Royal Thai Army. This will be LTG Jarrard’s first visit to Thailand since he assumed command as Deputy Commanding General for USARPAC. LTG Jarrard’s visit is part of our regular and ongoing security engagements to enhance the U.S.-Thai alliance and advance a Free and Open Indo-Pacific.

LTG Jarrard was born in Germany where his father served as an Armor Lieutenant. He was commissioned and entered active duty on 1988. Before arriving at U.S. Army Pacific, he served as the Commanding General of the 25th Infantry Division at Schofield Barracks, Hawaii, then as the Chief of Staff, U.S. INDOPACOM at Camp Smith, Hawaii. LTG Jarrard holds a Bachelor of Business Administration from North Georgia College and a Master of Science in Military Operational Art and Science from the Air University.