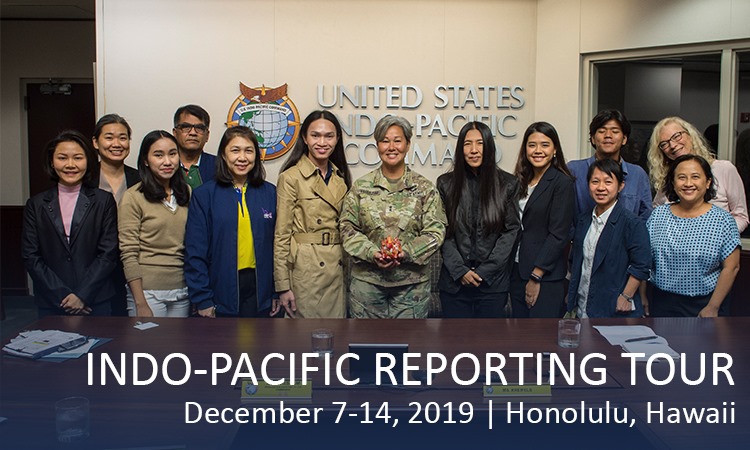 Nine Thai journalists participated in a U.S. Embassy Bangkok-supported Indo-Pacific Reporting Tour hosted by the East-West Center from December 7-14, 2019 in Honolulu, Hawaii. The participants had an opportunity to discuss military and security issues with experts at the U.S. Indo-Pacific Command and Asia-Pacific Center for Security Studies; as well as disaster preparedness and management at the National Disaster Preparedness Training Center, Pacific Tsunami Warning Center, and Hawaii Emergency Management Agency. The journalists met with media colleagues at the Hawaii Public Radio, and local TV station KITV4 to learn from each other.

During the tour, the group experienced diverse Hawaiian culture and American hospitality during a home visit, as well as learned about the Hawaiian way of life at the University of Hawaii at Manoa’s School of Hawaiian Knowledge. They also visited several cultural and historical sites, including Pearl Harbor and USS Arizona Memorial, and enjoyed a hike up Diamond Head, a volcanic tuff cone on the Island of Oahu.