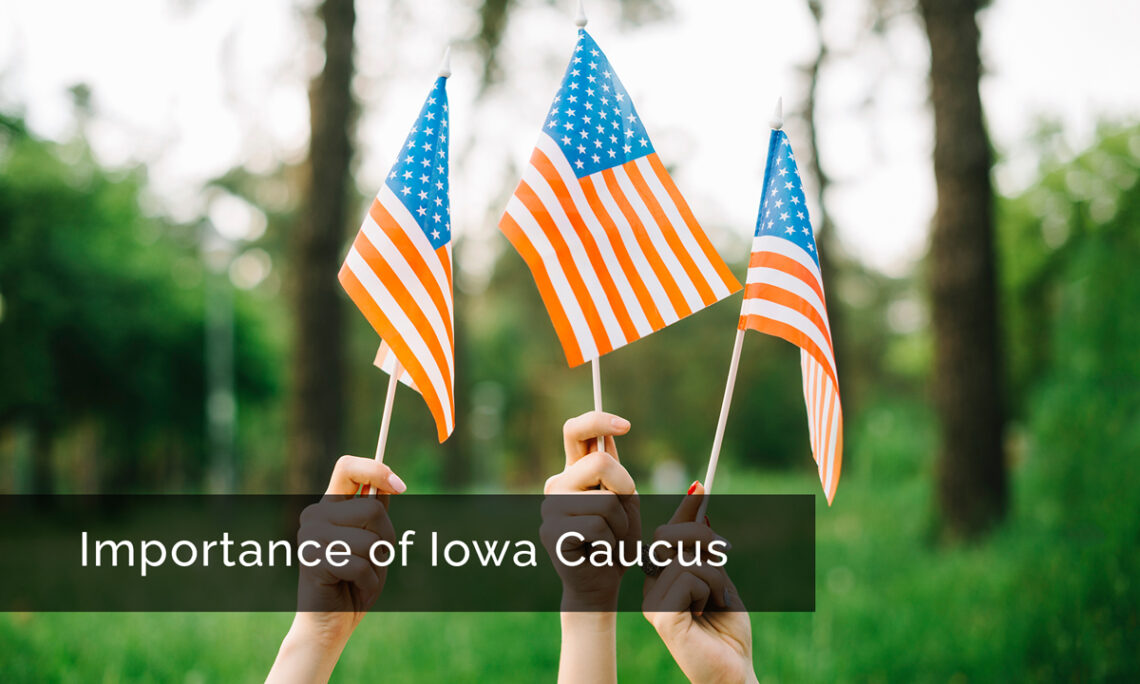 Why does Iowa vote first? And what is a caucus?

Iowa, which holds its Democratic and Republican caucuses February 1, is neither particularly large nor populous. And yet it plays an outsized role in selecting each major party’s presidential candidate.

What is a “caucus?” And, why does Iowa vote first?

The parties make the rules

The U.S. Constitution and other laws establish the rules governing elections for president and other federal offices, but how political parties select their candidates is up to the parties themselves.

Much of the presidential campaigning you see during the months before that convention revolves around state-level contests to select those convention delegates.

For a long time, party officials selected most states’ delegates. Presidential candidates thus were selected by a consensus among leading party figures and officeholders.

Beginning in the 1970s, parties opened the process to greater voter participation.

Most states now hold a primary election. By choosing among candidates for president, voters select delegates “pledged” to support that candidate at the party convention. Since 1936 for Democrats and even earlier for Republicans, a simple majority of delegates determines the party nominee.

Iowa and a few other states instead chose their delegates through caucuses. Voters gather in about 2,000 designated locations—typically a school or other public building but sometimes a private home— and make statements in support of their preferred candidate. The discussions can be vigorous, but in the end, every participant casts a vote. (Republicans write down their choice and drop it in a ballot box; Democrats move to different parts of the room to indicate their selection.)

Republicans and Democrats have different rules. For Democrats, if a candidate fails to reach 15 percent support at a caucus location, his or her supporters can switch to another candidate. That’s a formula for persuasion, horse-trading, and old -fashioned politics! Party officials receive the final results from each caucus location and use them to allocate Iowa’s convention delegates among the candidates.

While some consider the caucus system less democratic than primary elections, many Iowans disagree. To succeed in caucuses, candidates must demonstrate their ability to motivate and, especially, organize supporters — useful skills for a prospective president.

“I think the caucuses are what democracies are built on,” Iowa Republican official Charlie Szold told Business Insider. “The idea that a group of neighbors will get together to talk and debate and decide who they want to be our next president, or our next nominee in this case, gets at the very essence of what America is built on.”

In theory, not that much. Iowa will send 52 of 4,764 total delegates to the Democratic convention and 30 of 2,472 to its Republican counterpart.

In practice, Iowa counts for much more. Its position as the first state means it helps to narrow the field of potential candidates. Candidates campaign long and hard in Iowa; if they do poorly there, supporters and financial contributors frequently abandon their original choice in favor of a stronger one.

Why Iowa votes first is a little complicated. Mostly it’s because going first used not to be that important. One account is that back in 1972, the state’s Democratic chairman wanted to send every caucus-selected delegate their own copy of the party’s lengthy rules and party-platform proposals. This was before computers. Four months would be needed, he believed, to copy all those materials on the era’s state-of-the-art mimeograph machines. So he moved the caucuses to January.

It was only after Jimmy Carter’s success in Iowa’s 1976 caucuses propelled him to the presidency that candidates and other states understood the benefit of going first. But the precedent had been set. Iowa goes first. It even passed a law that advances its caucus date as required to stay that way.