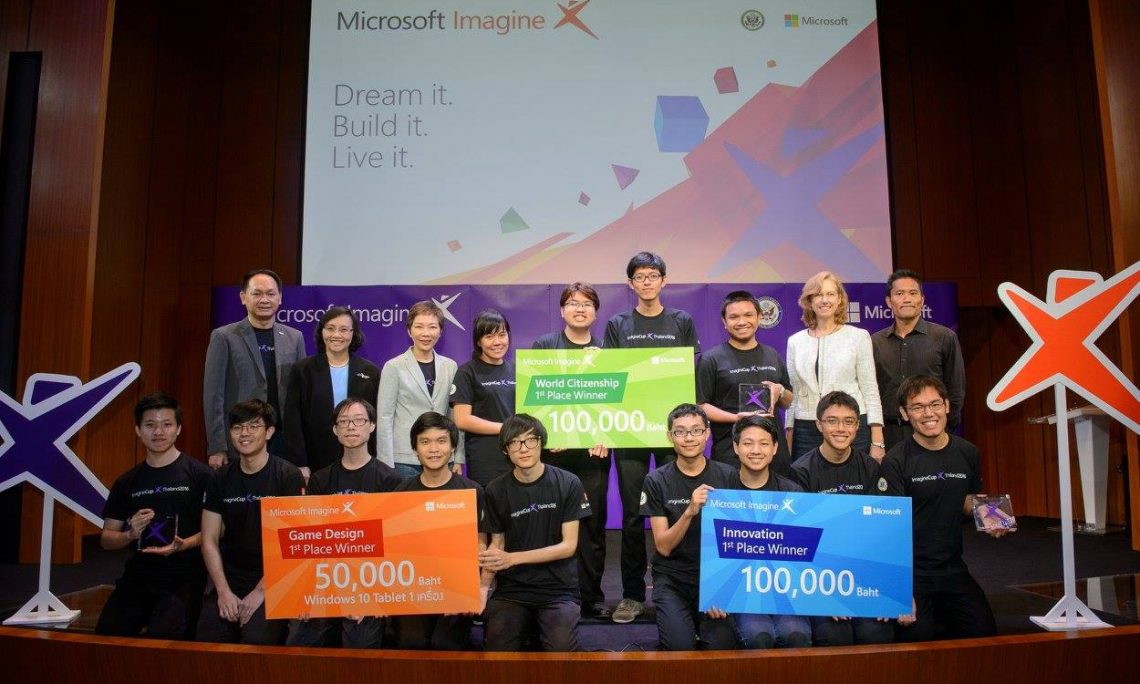 Congratulations to this year’s winners of Thailand’s Imagine Cup with Microsoft and U.S. Embassy Bangkok. Team RISCM from Mahidol University took first place in the Category of World Citizenship with the theme of English for All. The team designed an application to help English language learners improve their communication skills through debate. The application matches users who share the same level of spoken, English and engages them in a speaking activity – debate with fun, non-controversial topics.

We also congratulate team Plantorer who was the first runner-up in Thailand. Their project was submitted under the theme of Food Security and Climate Change. The team developed the technology for equipment for in-house aquaponics with fish farming. Along with this technology they designed an application for smartphone to enable users to manage, check and control the environment of the in-house equipment.

The U.S. Embassy would like to congratulate all participants in the #ImagineCupTH2016 competition. Great job teams!Thailand Imagine Cup