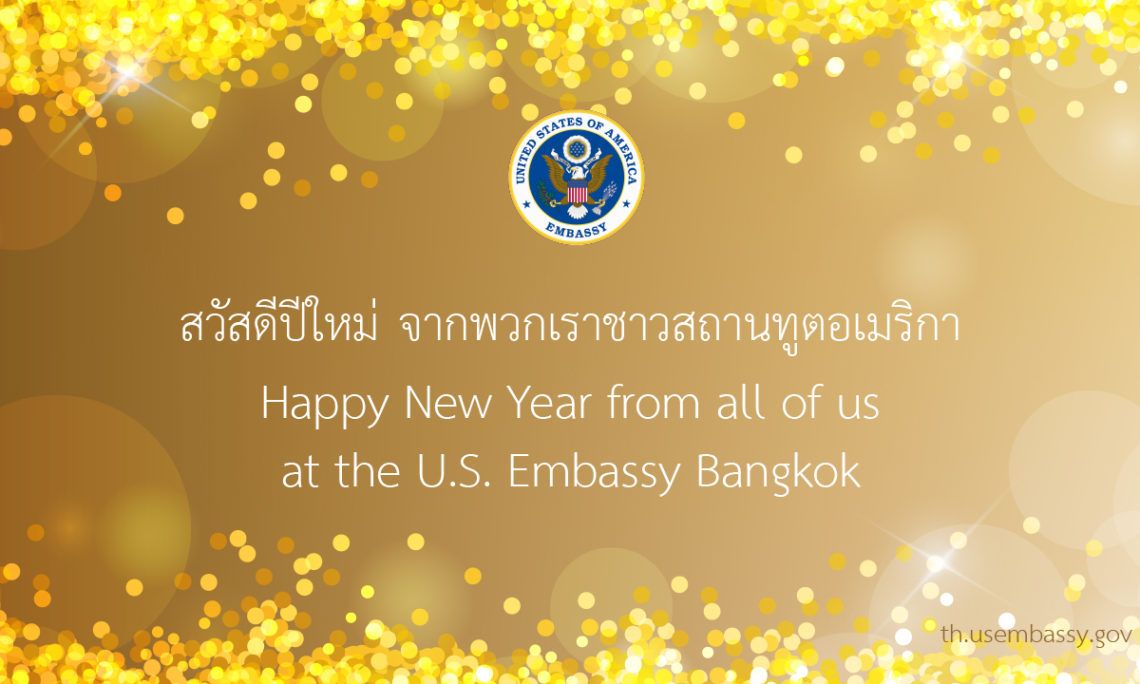 The 90-second video features U.S. Ambassador Glyn T. Davies, Deputy Chief of Mission Peter Haymond, along with Thai and American staff, performing the Embassy’s own rendition of Phon Pi Mai, a holiday song composed by His Majesty King Bhumibol Adulyadej in 1951 as a blessing for the Thai people during the New Year.

The Embassy chooses Phon Pi Mai as the music for this year’s holiday video as a way to pay tribute to the late King Bhumibol. The song also holds a great message of hope and happiness and it is a familiar New Year celebration song known and loved by Thai people.

The video will be released today at 8:00 a.m. on all of U.S. Embassy Bangkok’s social media platforms.

The high-definition video, as well as an MP3 file of the music, are available for download here: