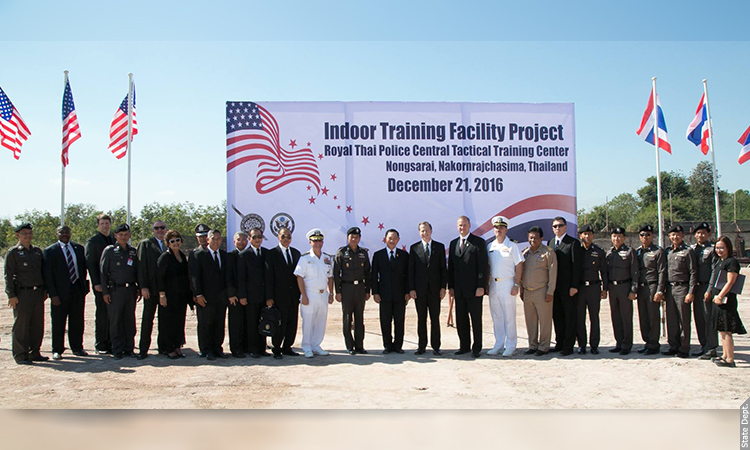 Ambassador Glyn Davies participated in a ground breaking ceremony on December 21, 2016 to mark the commencement of construction of a new Indoor Tactical Training Facility at the Royal Thai Police Tactical Training Center in Nong Sarai, Thailand. The U.S. Pacific Command’s Joint Interagency Task Force West is underwriting the full cost of this 2-phase, $3 million facility development project to provide the Royal Thai Police with a state-of-the art indoor tactical training building. Key players within the US Embassy’s Law Enforcement Working Group including: The Bureau of International Narcotics and Law Enforcement, Diplomatic Security, the U.S. Drug Enforcement Administration, and the Naval Facilities Command collaborated with the Royal Thai Police – Police Education Bureau, in the development of this facility. “The United States has been, and will remain, a strong partner in fostering the joint law enforcement relationship between our two countries. Projects such as this will serve as the cornerstone of this relationship for years to come,” said Ambassador Davies.