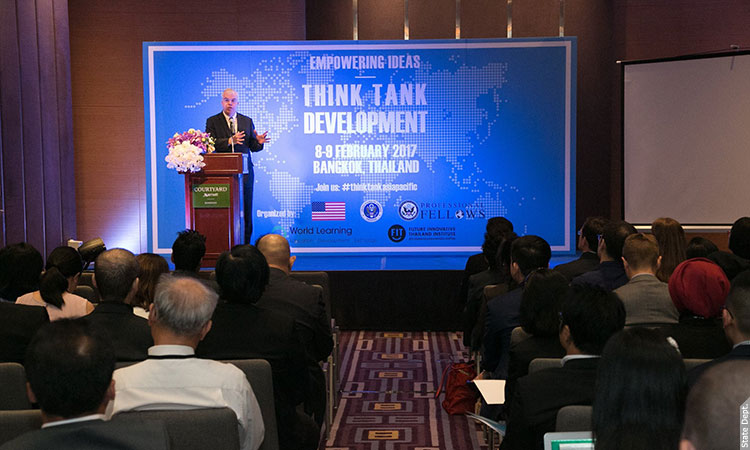 Deputy Chief of Mission Peter Haymond spoke to more than one hundred participants at The Empowering Ideas Forum in Bangkok on February 8, 2017. The U.S. State Department-funded program brought think-tank managers and researchers from nineteen countries to Thailand to discuss the region’s talent as an engine for peace and development and to discuss important foreign policy issues impacting the Asia-Pacific region. Former Prime Minister Abhisit Vejjajiva also spoke to the group. “Think tanks in the United States fill important public roles and traditionally exercise significant influence in the policymaking process,” said Deputy Chief of Mission Peter Haymond. “They identify issues and recommend policies, provide the government with expertise and personnel, and educate the public.”