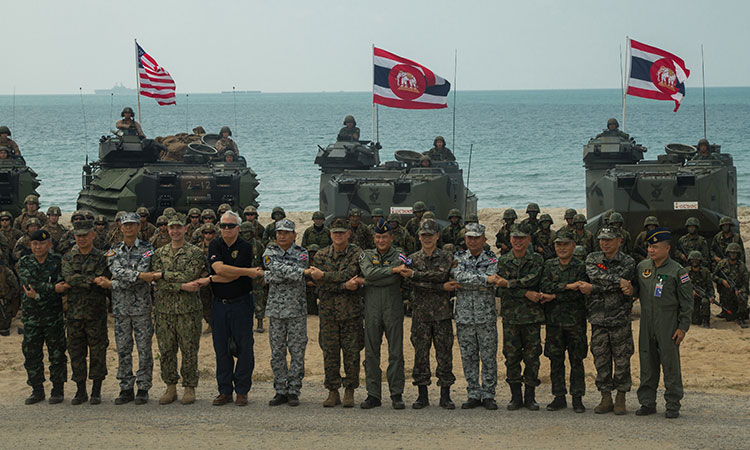 The Commandant of the Marine Corps, General Robert Neller, and Deputy Chief of Mission, U.S. Embassy Bangkok, Peter Haymond attended two key Cobra Gold 2018 events Saturday. They witnessed the Amphibious Exercise at Hat Yao Royal Thai Naval Base in Chonburi Province, which brought together Navy, Marine, Army and Air Force units from Thailand, the Republic of Korea, and the United States. They also viewed the Noncombatant Evacuation / Return of Japanese Nationals Overseas event at Utapao Royal Thai Navy Base in Rayong Province. The event brought together military and civilian governmental agencies from Thailand, Japan, Malaysia, the Republic of Korea, and the United States, including numerous U.S. Embassy personnel and Embassy family members.

The goal of the events was to build regional interoperability to react to a crisis situation. 2018 marks the 37th version of Cobra Gold. The exercise brings together 29 nations to address regional and global security challenges and to promote international cooperation and stability across the Asia-Pacific region.