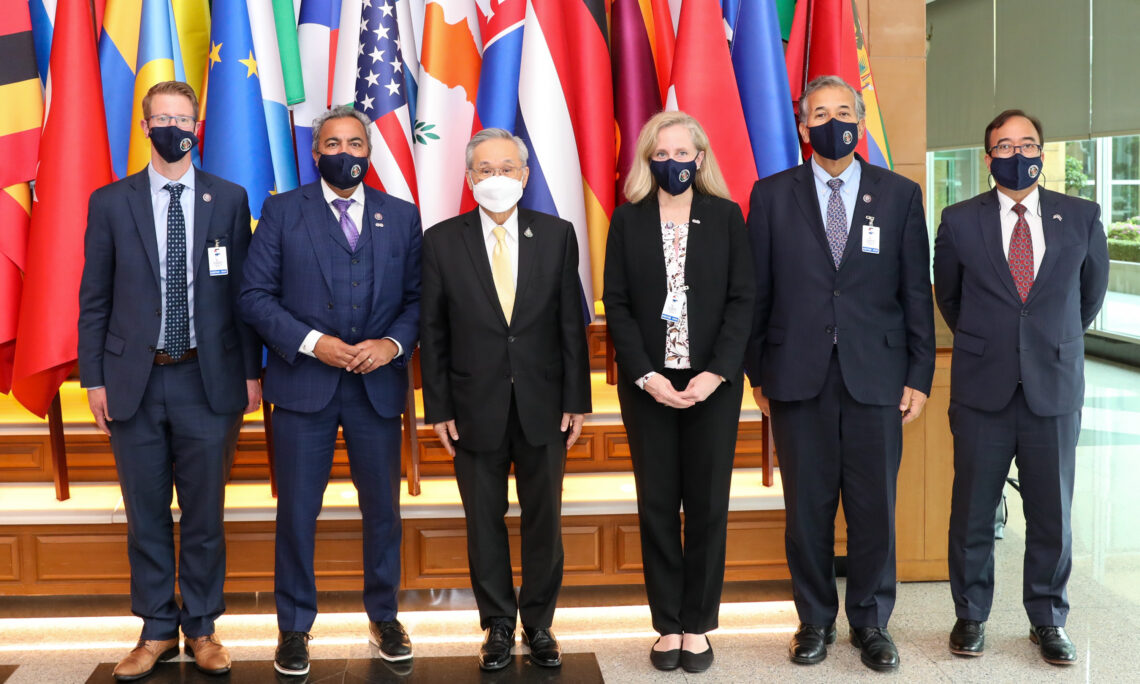 From November 7-11, a Congressional Delegation from the U.S. House of Representatives led by Amerish Bera, a member of the House Foreign Affairs Committee and Chairman of the Subcommittee on Asia, the Pacific, Central Asia and Nonproliferation, visited Bangkok. The delegation met with Prime Minister Prayut Chan-o-cha, Deputy Prime Minister/Foreign Minister Don Pramudwinai and the House Speaker Chuan Leekpai. The delegation also met with young members of Parliament from across the political spectrum of Thailand, members of civil society, and a variety of academics. Their trip also included a visit to a shelter that offers a safe space to victims of trafficking.