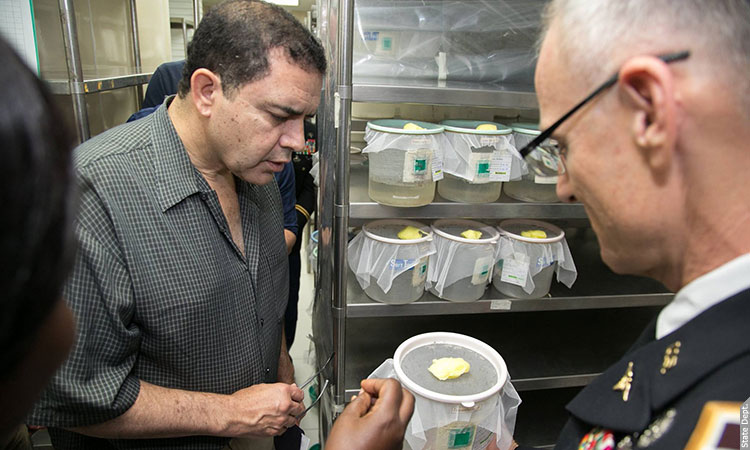 From August 7-9, 2017, a Congressional Delegation (CODEL) from the U.S. House of Representatives Committee on Appropriations led by Chairman Rodney Frelinghuysen (R-NJ) and Rep Henry Cuellar (D-TX) visited Bangkok to consult with Mission staff, meet with the Secretary-General of the Thai National Security Council, learn more about the bilateral relationship, and identify ways to strengthen the U.S.-Thai partnership. The delegation began the two-day visit by signing the condolence book at the Grand Palace to pay respect to His Late Majesty King Bhumibol Adulyadej. Their trip also included formal briefings, a tour the U.S.-Thai Armed Forces Research Institute of Medical Sciences (AFRIMS), discussions with military officers from the Joint U.S. Military Advisory Group Thailand (JUSMAG), and a discussion with visiting Secretary of State Rex Tillerson.