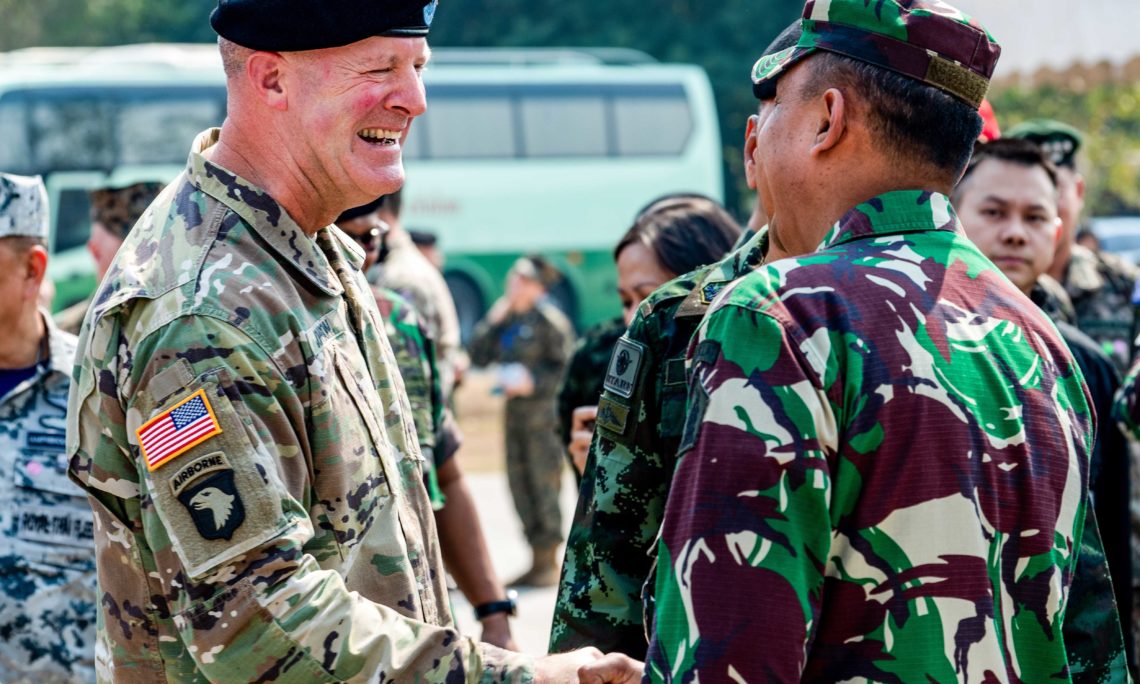 The 39th iteration of Cobra Gold is co-sponsored by the Royal Thai Armed Forces and the U.S. Armed Forces. This year the exercise will take place from Feb. 25 to March 6 and will focus on humanitarian civic action, a cyber exercise, an amphibious assault exercise, a humanitarian assistance and disaster relief exercise, culminating in the combined arms live fire exercise.

“This is the 39th Cobra Gold, making it the longest running international military exercise in the world,” Heath said. “While Cobra Gold is founded on the long and rich history of U.S.-Thai friendship, the exercise is clearly focused on the future and has grown to showcase multilateral friendship and interoperability.”

New additions to the exercise will introduce a landmine demolition demonstration and the participation of the F-35B Lightning II fighter aircraft.

“The Cobra Gold exercise serves as the foundation of the knowledge, ability and military skills of every man and woman who have participated,” Benyasri said. “It is a great opportunity for us all who are of different regions to train together for a period of two weeks. This would certainly allow us to learn from each other, to share and gain great experiences as much as we can.”

Cobra Gold seeks to improve the capabilities of participating nations to plan and conduct combined and joint operations; build relationships among participating nations across the region; and improve interoperability over a range of activities, including enhancing maritime security and responding to large-scale natural disasters.

“This exercise provides our forces a critical opportunity to train together on complex and challenging missions, to build trust and prepare us to fight together if ever needed in defense of the values and nations we serve,” Johnson said.