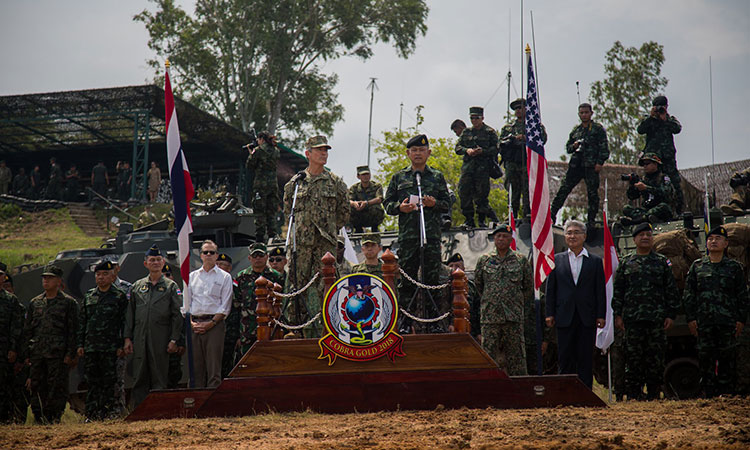 On February 23, 2018, Ambassador Glyn Davies and Admiral Harry Harris, Commander of United States Pacific Command, joined General Tarnchaiyan Srisuwan, Thailand’s Chief of Defense Forces, to preside over the Closing Ceremony of Cobra Gold 2018, the largest multilateral exercise in the Asia-Pacific region. Cobra Gold 2018 was the 37th exercise in the series and was successful in building relationships and interoperability among the 29 participating nations. The relationships forged in Cobra Gold and the successful multilateral techniques developed strengthen regional cooperation and collaboration, increasing the ability of participating nations to work together on shared security concerns. During his visit to Thailand, Admiral Harris also met with senior Thai government officials, including Prime Minister Prayut. Admiral Harris underscored the commitment of United States to the U.S. – Thai bilateral relationship and the region.