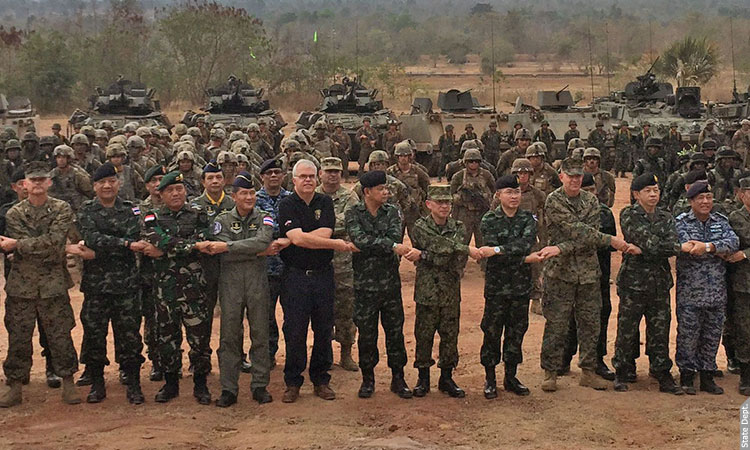 On February 24 Deputy Chief of Mission (DCM) Peter Haymond and General Surapong Suwana-adth, Thailand’s Chief of Defense Forces, presided over the Closing Ceremony of Cobra Gold 2017, the largest multilateral exercise in the Asian region. DCM Haymond was joined by Lieutenant General David Berger, Commander of United States Marine Forces Pacific, and Heads of Delegations from the Cobra Gold participating nations. Cobra Gold 2017 was the 36th exercise in the series and was successful in building relationships and interoperability among the 29 participating nations. The relationships forged in Cobra Gold and the successful multilateral techniques developed strengthen regional cooperation and collaboration, increasing the ability of participating nations to work together on shared security concerns.