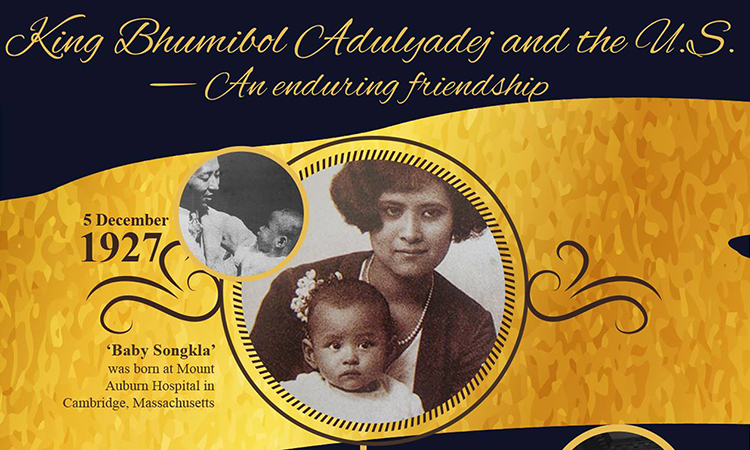 King Bhumibol Adulyadej and the U.S. – An enduring friendship

The series begins with: “Celebrating the Birth of the Beloved King of Thailand”

At 8:45 a.m. on a chilly Monday morning, December 5, 1927, a six pound baby boy was born at Cambridge Hospital (now Mount Auburn Hospital), in the U.S. state of Massachusetts. On duty that morning was Dr. W. Stewart Whittemore, who would remember the Siamese boy he delivered and recorded on his birth certificate “Baby Songkla.” The doctor told The Boston Globe in 1960 that “He was a very good baby, indeed.” His Majesty King Bhumibol Adulyadej is the world’s only monarch born in the United States.

Photos and information courtesy of The King of Thailand Birthplace Foundation (KTBF) www.thailink.com/ktbf