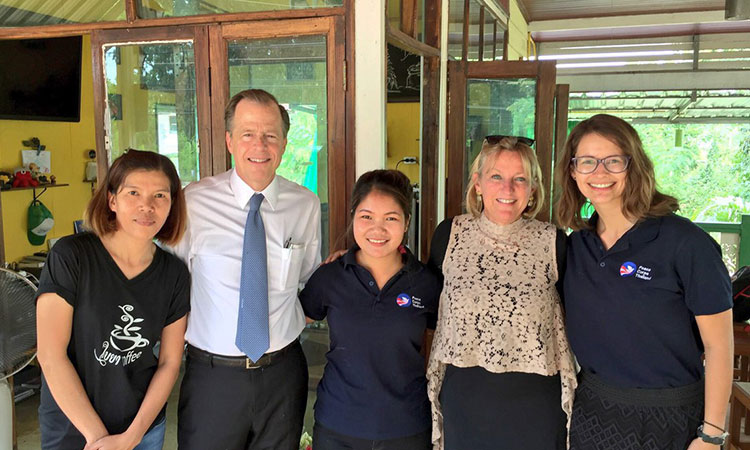 On April 19, 2017, U.S. Ambassador Glyn Davies visited Mukdahan province. During the visit, he met with the Mukdahan Governor Sorasit Ritsorakrai to discuss the scope for development of the province, including plans for the special economic zone that covers three districts that border the Mekong River. Ambassador Davies also met volunteer American Citizen Services Wardens living in the region as well as two newly-arrived Peace Corps Volunteers working with youth in development projects. Ambassador Davies was eager to visit the Province that is known for its high quality Mudmee silk and as being the key trade link with Laos.