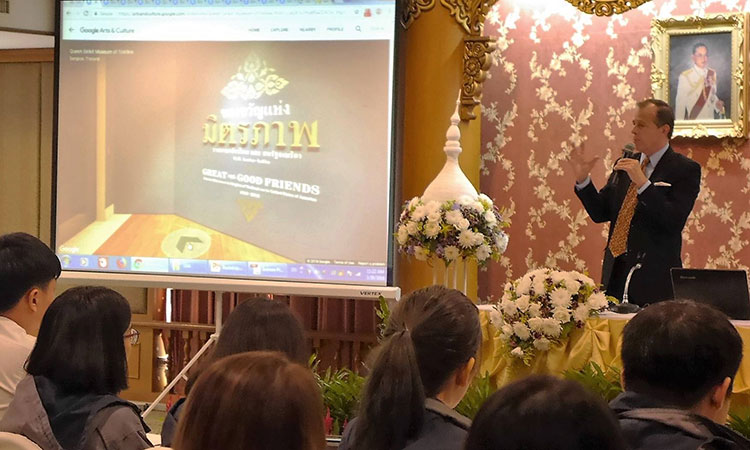 On March 30, Ambassador Glyn T. Davies, Mrs. Davies, and Consul General Jennifer Harhigh took the #GreatandGoodFriends show on the road to Chiang Rai! They were impressed by the great questions of Mae Fah Luang University students about 200 years of U.S.-Thai relations! They visited 115-year-old Overbrook Hospital, funded by the people of Overbrook Church in Pennsylvania, and launched MPlus Community Health Center with USAID – US Agency for International Development to mark the 15th anniversary of The U.S. President’s Emergency Plan for AIDS Relief (PEPFAR). Implemented by the Thai Red Cross AIDS Research Centre, the clinic is a great symbol of health partnership on HIV testing and care!