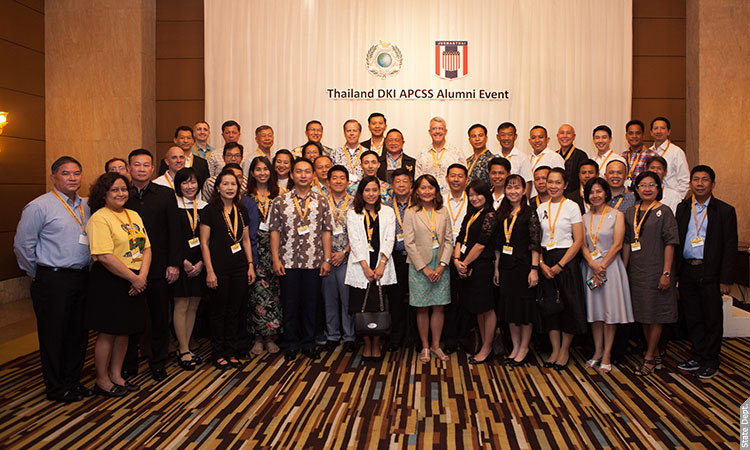 Ambassador Davies attended an alumni reception of the Daniel K. Inouye Asia-Pacific Center for Security Studies (APCSS). Ambassador Davies, who attended APCSS in 2006, reconnected with fellow alums and spoke about the APCSS goals of “Educating, Connecting and Empowering.” APCSS, based in Honolulu, Hawaii, addresses regional and global security issues, inviting military and civilian representatives of the United States and Asia-Pacific nations to its comprehensive program of executive education and workshops, both in Hawaii and throughout the Asia-Pacific region.