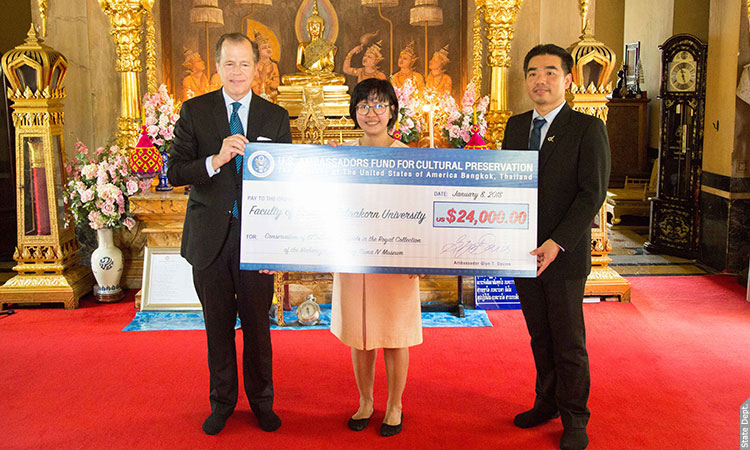 Ambassador Glyn Davies presides over an Ambassadors Fund for Cultural Preservation (AFCP) ceremony at King Rama IV Museum, Wat Rajathiwas Rajaworavihara in Bangkok. Under the grant they receive from AFCP, the Department of Chemistry, Faculty of Science at Silpakorn University will perform conservation for 19th-Century objects in the Royal Collection of the museum. “The special friendship between our two countries is highlighted today by presenting this year’s award under the Ambassadors Fund for Cultural Preservation, which allows me to personally express my respect, on behalf of the people of the United States, for Thailand’s rich history and its culture,” said Ambassador Davies. “2018 marks a special year in the relationship between the Kingdom of Thailand and the United States. This year we celebrate 200 years of initial contact between the Kings of Siam and the Presidents of the United States of America.”