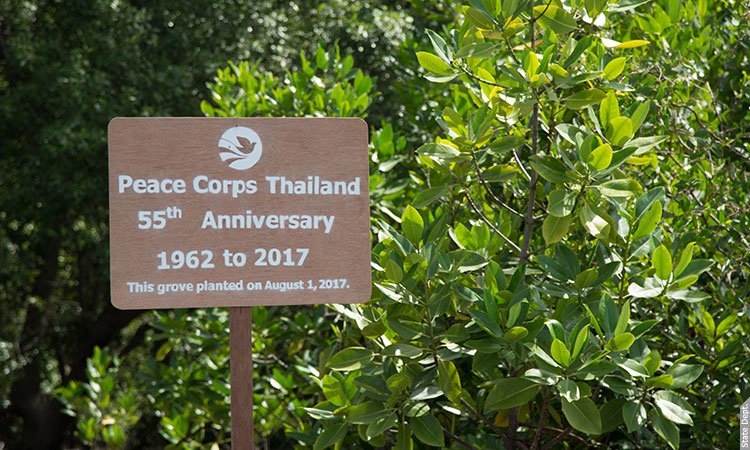 On August 1, U.S. Ambassador Glyn T. Davies, President of Friends of Thailand Carolyn Nickels-Cox and Peace Corps Thailand Country Director Howard Williams hosted celebrations to commemorate the 55th anniversary of U.S. Peace Corps in Thailand. The Ambassador praised the program as “a testament to the stability of our enduring friendship” and recognized the contributions of over 5,500 American Volunteers who have lived and served in communities throughout Thailand since 1962. President John F. Kennedy launched the Peace Corps in 1961, calling service the “the foundation of freedom and a condition of peace.” In this spirit, celebrations included planting 550 mangrove seedlings in collaboration with Thammaprasit School students at the Khlong Khon Mangrove Conservation Center followed by a reception in the evening co-sponsored by Friends of Thailand. Attendees included current and former Peace Corps staff, former Volunteers, officials from various Thai ministries that support volunteers, and Embassy representatives.